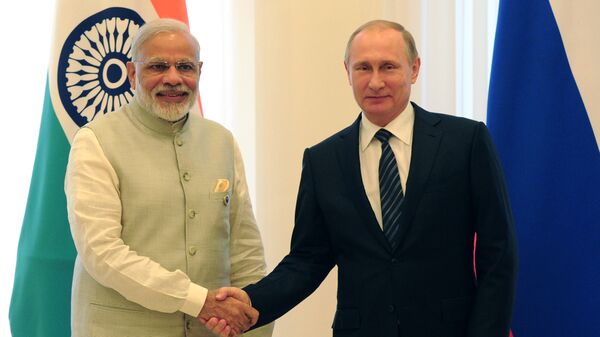 Brexit Shakes Scotland as Sturgeon Puts #IndyRef Back on the Table
NEW DELHI (Sputnik) — Two leaders held a meeting on the sidelines of the SCO Summit, which has started in the Uzbekistan's capital of Tashkent on Thursday.

"PM Modi thanked Russia for its support in SCO and said India as BRICS chair would keep up the momentum generated by Russia," spokesman for the Indian Foreign Ministry Vikas Swarup said.

On Friday, leaders of the SCO countries adopted memorandums on admitting India and Pakistan as full members.