Pro-EU Rallies in Scotland as UK Votes for Brexit 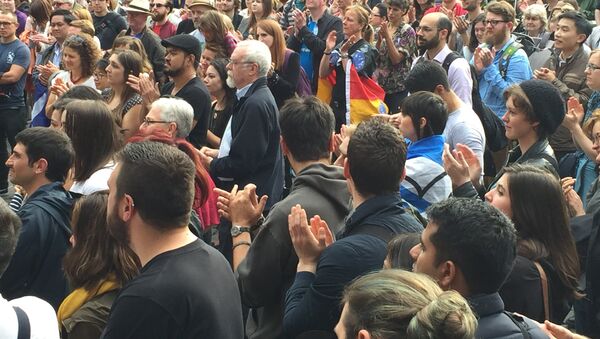 Following the UK referendum on EU membership, in which a majority voted to Leave the bloc, demonstrators gathered in Edinburgh to protest perceptions of racism and “xenophobic hyperbole,” said to dominate the eurosceptic Brexit campaign.

Results of Brexit Referendum Show Scotland's Aspirations to Stay in EU
Around a thousand people gathered outside St. Giles' Cathedral in the capital of Scotland, where voters backed Remain by 62%, to declare their solidarity with migrants and fellow EU citizens living in the country.  In a statement issued beforehand, organizers described the Brexit campaign as:

"A ruling class [which] has opened a Pandora's box of racist rhetoric around migrants and allowed a space to open up in groups and individuals influenced by fascist ideology. Far-right political violence is becoming increasingly commonplace. The fascist riot earlier this year in Dover and the assassination of pro-migrant Labour MP, Jo Cox, are symptoms of this drift."

Britons Spurn EU as Leave Camp Gets Over 16,700,000 Votes in Referendum
Around a thousand activists marched down Edinburgh's Royal Mile, before assembling outside the Scottish Parliament, chanting slogans like "Migrant workers and the sick, did not cause the deficit, that's bullshit, come off it, the enemy is profit."

A number of speakers addressed the crowd, in what was a celebration of multiculturalism in Scotland. Included in the group were couples who never would have met were it not for their ability to travel visa-free within Europe, immigrants who have embraced Scotland as their home, and defenders of workers' rights. 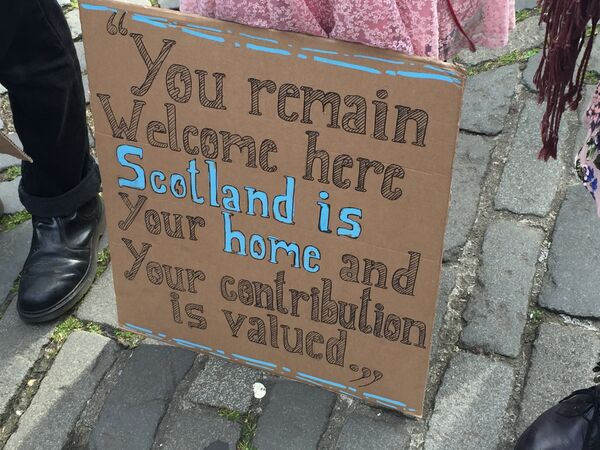 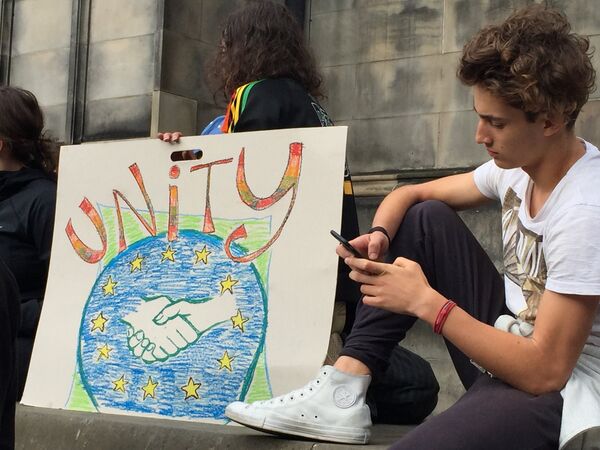 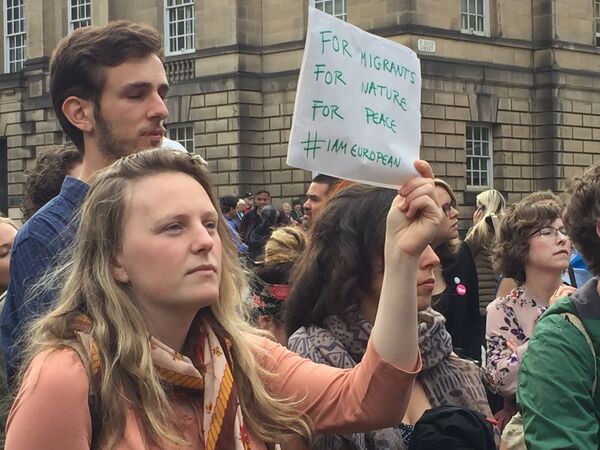 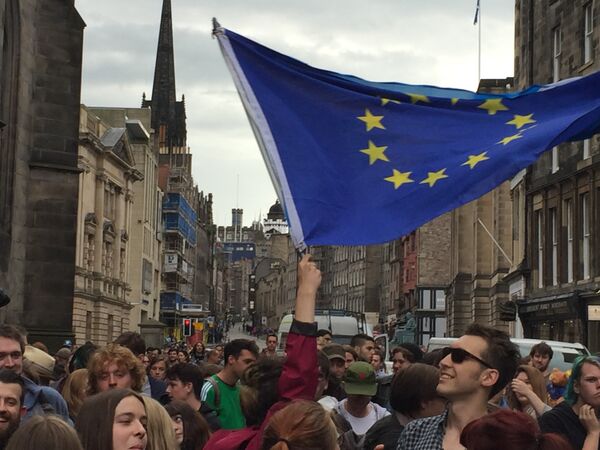 "Scotland wants to welcome people from across the world"- voters in Glasgow on #EURefResults #Brexit pic.twitter.com/0JOvueREZE

#Glasgow voters: "Scotland didn't vote for this, we want to be part of the EU" #Brexit pic.twitter.com/UTIvevY4Fo