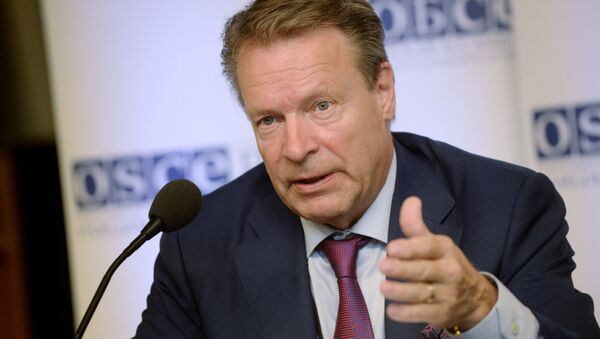 Brexit: 'Stay Calm, No Need to Panic', Talks Will Take Two Years to Kick In
MOSCOW (Sputnik), Svetlana Alexandrova — On Thursday, the United Kingdom held a referendum to determine whether or not the country should leave the European Union. According to the final results, 51.9 percent of voters, or 17.4 million people, decided to support Brexit, while about 16.1 million opposed it.

"That is a big disappointment in terms of the European situation today. It tells something about the conditions and the shape of Europe today. Of course, the problem is that the strongest and the most civilized nation are turning its back toward the Union. It is a big loss for everyone. It will change dramatically many things in the EU and some necessary reforms can be foreseen in the future.  I hope that everyone in the EU will realize that some major changes are necessary in decision making process and also what concerns procedures in the administration share of the whole EU structure," Kanerva said.

The OSCE Parliamentary Assembly will discuss the consequences of the Brexit vote during the next session in July, Kanerva added.