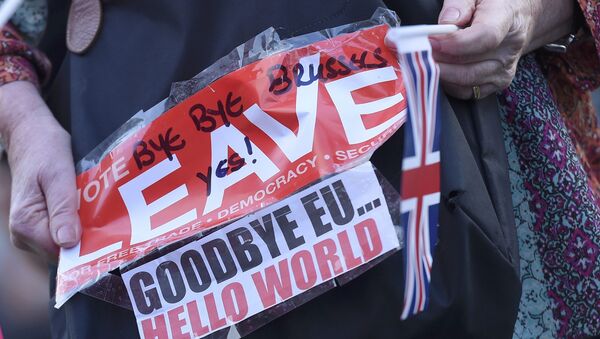 Labour leader Jeremy Corbyn said Friday that the country’s government had to invoke Article 50 of the Lisbon treaty which envisages a process to leave the European Union after almost 52 percent voted in favor of the measure.

MOSCOW (Sputnik) – On Thursday, the United Kingdom held a referendum on its membership in the European Union. Earlier Friday, it was announced that most people voted to leave the bloc. The article states that a EU member may leave in accordance with its own constitutional requirements.

Corbyn told the BBC that the decision must be respected and Article 50 "must be invoked now."

The message of the vote is that "many communities are fed up with cuts they've had… and the way they've been marginalised by successive governments."