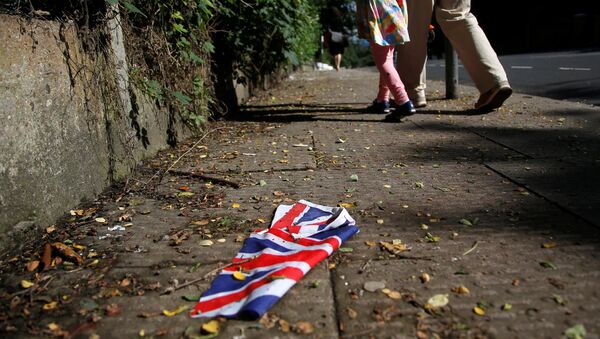 © REUTERS / Reinhard Krause
Subscribe
The United Kingdom will not be able to renegotiate the terms of its membership in the European Union after a historic vote that saw its exit from the project, four EU leaders said in a joint statement Friday.

"As agreed, the ‘New Settlement for the United Kingdom within the European Union,’ reached at the European Council on 18-19 February 2016, will now not take effect and ceases to exist. There will be no renegotiation," the leaders said.

Europe, Interrupted or Life After Brexit Vote
The UK should swiftly launch the process of withdrawing from the EU after Thursday's referendum, they said in a statement.

"We now expect the United Kingdom government to give effect to this decision of the British people as soon as possible, however painful that process may be. Any delay would unnecessarily prolong uncertainty," reads the statement, signed by Tusk, Schulz, Rutte and Juncker.