Britain Won't Be Able to Leave EU For Another Four Years 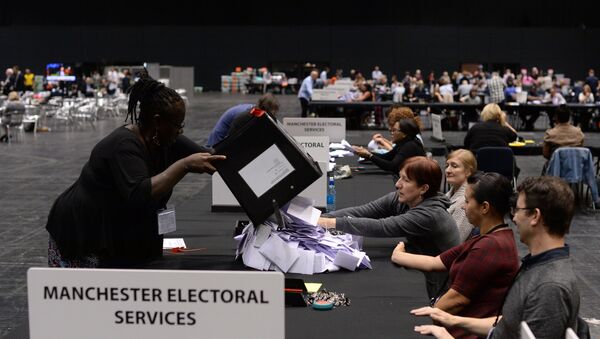 The results of a recent referendum show that Britain will soon withdraw from the EU. However, the process will be difficult and may take about four years, Süddeutsche Zeitung wrote.

Brexit Could Force Other EU States to Renegotiate EU Status - Politician
Most residents of the UK voted in favor of its withdrawal from the EU, however the entire leave process can last up to four years, the newspaper noted.

On Thursday, the United Kingdom held a referendum to determine whether the country would remain a part of the EU bloc. The results of the referendum, which were revealed on Friday, saw the Leave campaign win almost 52% of the votes and prompted PM David Cameron to announce his resignation.

According to the newspaper, the country will eventually come out of the EU only in 2020. In the coming years, the UK and the EU are expected to discuss how their relations will look in the future.

To leave the EU, the UK also needs to undergo a number of procedures. In particular, it must inform the European Council about its intention to withdraw from the Union. The European Council will then decide on the principles on the basis of which the UK's withdrawal will be discussed. After that the European Commission will discuss the details of the agreement on withdrawal, and finally the European Parliament and the majority of EU member states will have to approve the deal.

If later London decides that Brexit was a mistake, it may re-apply for membership in the European Union, but it will have to start from scratch, the newspaper noted.

"If at some point Britain comes to a conclusion that the withdrawal from the EU was not a good idea, it is up to the country to reapply for membership. In this case, however, Britain must go through the whole accession process again," the newspaper wrote.