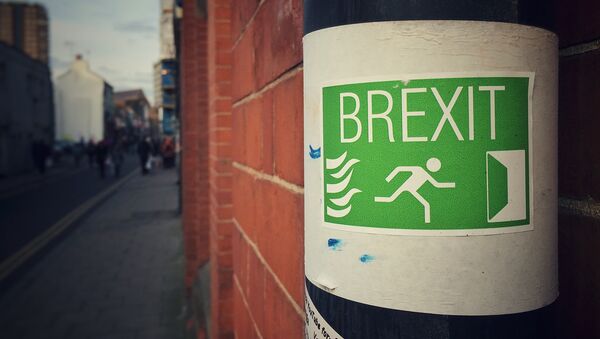 © Flickr / Paul Lloyd
Subscribe
International
India
Africa
The UK has voted to leave the European Union in a historic referendum with the Out campaign claiming almost 52% of the votes according to the results revealed on Friday. Radio Sputnik discussed the issue with Jurga McCluskey, Partner Head of UK Immigration at Deloitte.

“It is a very significant day, a momentous day indeed. I think there has been some reference to suggest that it turned into a referendum about immigration at one point or another. The decision to leave the EU will at some point create a period of great uncertainty, certainly around immigration policy for business as well as individuals,” McCluskey said.

UK House Prices Set for Slump Following Brexit Bombshell
She further said that it is important to remember that the negotiations will take at least two years so nothing will change immediately.

McCluskey spoke about the model that Britain will adopt after the Brexit. “The very first thing to do is to serve note to article 50 in the Lisbon Treaty. That will be the notice to inform of our exit. After that the period of two years kicks in.”

“It will really depend on future negotiations and on what we do with the freedom of movement provisions. The key message that I would like to stress right now is please be calm. There is no need to panic and no need for chaos. We need to be calculated and pragmatic,” McCluskey said.

However, not all parts of Britain are happy with the outcome. According to Scotland's First Minister Nicola Sturgeon, the results of the referendum in Scotland show the desire of the Scots to be part of the European Union.

Meanwhile, market watchers say they haven't seen that sort of fall since the financial crisis as the pound suffered its biggest one-day fall in history, tumbling to its lowest level since 1985.

The euro also tumbled, falling to its lowest rates since May. Moreover, Standard and Poor’s has confirmed the UK is likely to lose its AAA credit rating.