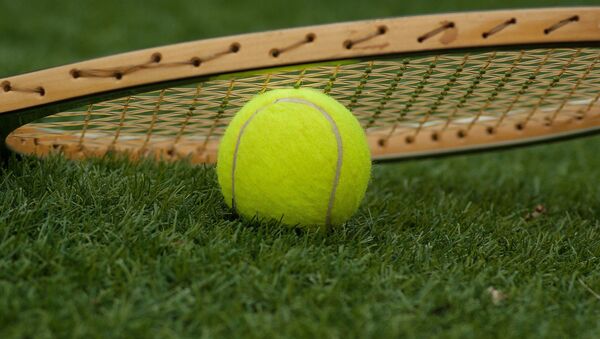 © Photo : Pixabay
Subscribe
The risk of terror attacks has led to an increased level of security at major sporting and festival events taking place during the summer.

Due to terror risks, a heightened level of security will be seen at this year's Wimbledon Championships, which will include a visible presence of armed police.

Extra measures will be taken to ensure the UK is ready for any threats to security; this has come in response to international terror attacks, such as what was seen in November 2015 in Paris, where over 100 people were killed and many more injured.

There will be more security than ever before at one of the summer's biggest sporting events, all of this will be done to ensure the safety of visitors to the tournament.

It's not only the players dreaming of the #Wimbledon final…https://t.co/Y4m0WEe1R5

The All England Club spokesman added that they have been working closely with the Metropolitan Police to ensure that The Championships will be as secure as possible and that security measures are comprehensive and proportionate with the threat level in the UK.

A spokesman for the All England Club said that this heightened security is absolutely necessary if the players and fans are to fully enjoy the events.

"We will have more security than ever before and a level of armed police will be in evidence. The level of security and policing is commensurate with the threat and multi-layered, and it has been heightened as you would expect with everything that has been going on," the spokesman said.

Not Just Euro 2016 As Got Security Alert Also Wimbledon Will Have More Security This Year During The Tennis Tournament..⚽️🎾

"This will include extensive searches of people, bags and vehicles on entry to the grounds and show courts, and the public are requested to help with entry procedures by checking the latest information on Wimbledon.com before travelling," the spokesman said.

​It is not just Wimbledon that will witness increased security, the annual music festival at Glastonbury will also see the presence of more police as well as the introduction of bag searches.