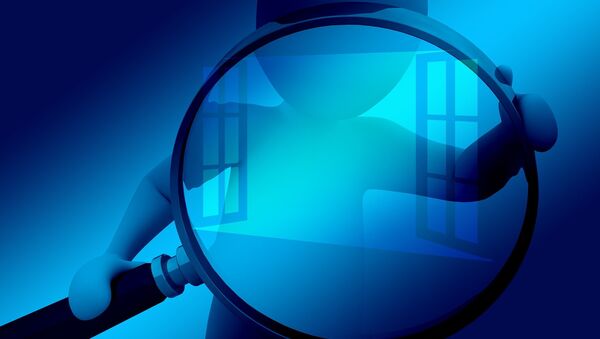 After rejecting four proposed gun control measures on Monday, the Republican-controlled US Senate will vote later this week on a bill that would increase the FBI’s power to conduct warrantless electronic surveillance on US citizens.

The bill, sponsored by Senators John Cornyn (R-TX) and John McCain (R-AZ), would expand the FBI’s ability to use National Security Letters (NSLs) to obtain Electronic Communication Transaction Records (ECTR), including email sender and recipient information, time stamps, location and browsing history. NSL recipients may also receive a gag order that would prohibit them from disclosing the letters to the public or to people they know.

McCain used the recent shooting in Orlando as justification for the bill, saying in a statement, "In the wake of the tragic massacre in Orlando, it is important our law enforcement have the tools they need to conduct counterterrorism investigations."

Civil liberties groups, including the Electronic Frontier Foundation (EFF) have called NSLs "one of the most frightening and invasive" surveillance tactics the government has at its disposal, and says the FBI is guilty of "systemic abuse of this power."

Opponents of the bill, including national security expert Marcy Wheeler, don’t believe that the increased surveillance measures could have prevented the Orlando shooting. Wheeler posted online that, "The reason why the ECTR change would not have prevented the Orlando shooting…is that, at least according to FBI Director Jim Comey…the FBI already obtained Omar Mateen’s ECTRs. So it is false to say that this is a real response…"

The bill reportedly was first proposed by Senate Majority Leader Mitch McConell (R-KY) on Monday, the same day Republicans in the Senate voted as a bloc to reject four gun control measures submitted in response to the shooting.

Sen. Elizabeth Warren (D-MA) tweeted that she was, "Ashamed & disgusted that the Senate works for the NRA & not the majority of Americans who support basic solutions to stop gun violence."

FBI Request to Tech Companies Made Public for the First Time

In a statement, Sen. Bernie Sanders (D-VT) wrote, "Frankly, these Democratic amendments are no-brainers. It is incomprehensible to me, and I believe to the vast majority of Americans, as to why Republicans would oppose them." Sanders added, "Sen. Feinstein’s [D-CA] and Sen. Murphy’s [D-CT] proposals are commonsense. In light of the terrible tragedies that have taken place in Orlando and other cities, it’s not very hard to understand that terrorists or potential terrorists, criminals and the dangerously mentally ill should not have access to guns. We have got to do everything we can to stop guns from falling into the hands of people who should not have them."

Last week, the Senate also failed to pass an amendment that would prohibit the collection of electronic records without warrant and curtail government surveillance powers.

"(The amendment) doesn't take any tools away from those that want to investigate what happened in Orlando, none whatsoever." said Rep. Thomas Massie (R-KY), one of the bill’s sponsors. "I think our citizens are fed up with being spied on by the government."