US Republicans Reject Gun Reform Despite Support From Most Americans 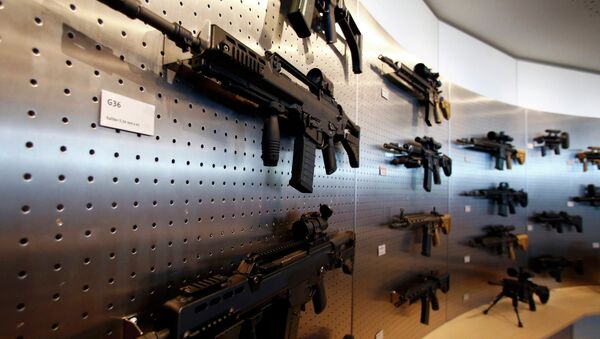 © REUTERS / RALPH ORLOWSKI
Subscribe
International
India
Africa
Despite a horrific shooting in an Orlando nightclub that killed 49 people and injured 53, the US Senate on Monday declined to change existing gun laws. Gun law expert Dr. John Donohue spoke with Radio Sputnik about when and if decisive measures on weapons control in the US could take place.

World
The No-Fly List: Who is Really Barred from Commercial Air Travel?
According to Donohue, a professor at the Stanford University Law School, several factors contribute to inability of US lawmakers to make substantive common-sense changes to existing gun laws. Republicans, he said, don’t want to support new proposals because it could be considered as an acknowledgement of a victory by Democratic President Obama, who has long promoted toughened gun control. The National Rifle Association (NRA), also, actively works to prevent any new gun-control legislation.

“The NRA has a tremendous power to block gun proposals that they don’t like and anything that will reduce the number of gun purchases —  the NRA will oppose that.”

Donohue outlined that proposed measures, even if they were implemented, would be inadequate, as there are plenty of loopholes in American gun legislation allowing almost anyone to purchase a weapon.

For instance, it is widely known that Orlando Mateen, the Orlando shooter, bought his semi-automatic assault weapon legally, and wasn’t on a US terrorist list, although he had been interrogated by the FBI twice over suspicion of links to extremist activities.

He'd be 'Sickened' by Mass Shootings: Family of AR-15 Inventor Speak Out
During the Clinton administration, the expert said, a straightforward requirement was put in the place that those who are prohibited from purchasing guns cannot buy weapons at retail outlets. But that law doesn’t extend to private sales, and anyone, including criminals and the mentally ill, can buy privately.

The first step toward common-sense gun laws would be a “move toward some sort of universal background check,” Donohue stated. Reports consistently show that between 80-90 percent of Americans are in favor of such checks. But the Republican-controlled Congress, heavily influenced by the “concentrated and powerful lobby” of the NRA, has stalled action on the proposals, despite Democrats in the House of Representatives pushing laws through.

When you don’t want to confront Islamist terrorism so you sit on the House floor to score political points. pic.twitter.com/wfu5jKf6w3

​“It’s one of the issues of American democracy when tightened special interests with intense loyalty can thwart the will of the majority,” Donohue said.

A possible shift in legislation is expected to occur after the presidential election, the expert said.

“There’s a lot of suspicion that the Democrats will do very well in this election. It’s the Republicans who largely stand in the way of gun control. If the Democrats are able to take over the Congress, you’ll see changes.”