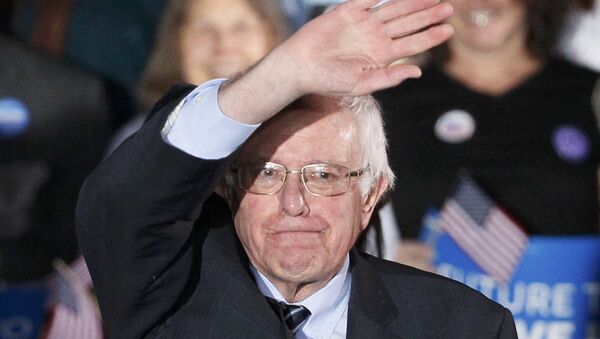 © REUTERS / Rick Wilking
Subscribe
International
India
Africa
All of the people who supported Bernie Sanders in the US Democratic primary contest against Hillary Clinton should join the Donald Trump movement, the presumptive Republican Party presidential nominee said in a speech on Wednesday.

Sanders Campaign Will Make Clinton Stronger Against Trump – Activist Leader
WASHINGTON (Sputnik) — Trump called on the Sanders supporters to join him because a rigged election system cannot be fixed by the people who rigged it in the first place.

"[W]e’re asking Bernie Sanders voters to join our movement so together we can fix the system for all Americans," Trump stated in his speech in New York City.

"The insiders wrote the rules of the game to keep themselves in power and in the money," Trump noted.

However, Sanders has said on several occasions he will do everything in his power to ensure Trump does not become the next US president.