Supreme Court Ruling Lets US Police Off the Leash 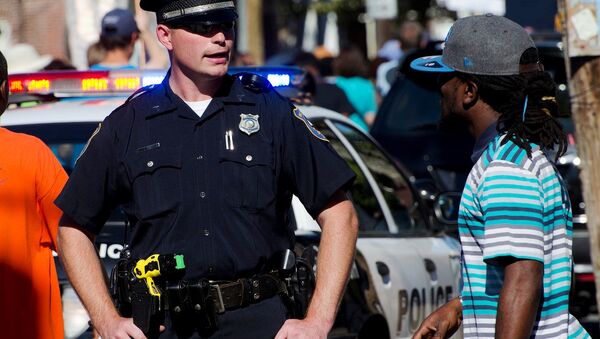 CC BY 2.0 / TCDavis /
Subscribe
International
India
Africa
The US Supreme Court ruled on Monday that evidence of an alleged crime can be used against a defendant even if police did something illegal to obtain it. An outstanding warrant or an unpaid parking ticket is now enough to justify a search.

The new ruling allows police to stop, detain, search and arrest people without probable cause that they have committed a crime. Sonia Sotomayor, the first latina Supreme Court judge, issued a historic dissent against the ruling, which reads that, "it is no secret that people of color are disproportionate victims of this type of scrutiny" and that the ruling "implies that you are not a citizen of a democracy but the subject of a carceral state."

"Under decades of Supreme Court jurisprudence there has been established what's called ‘the fruit of the poisonous tree doctrine' that if the police stop you without cause and they find something, then they can't use what they find against you," Mara Verheyden-Hilliard, executive director of the Partnership for Civil Justice Fund, told Radio Sputnik's Brian Becker during the Loud & Clear interview.

"And the reason that it exists in our society is so that the police don't have an incentive to go out and just conduct wholesale mass illegal stops over the country."

Verheyden-Hilliard echoed Justice Sotomayor's observation that in communities of color the number of people with outstanding warrants is much higher. Many of those warrants are very minor, yet they give a green light to police to conduct illegal searches, and thus the whole legal precedent of probable cause and the 4th Amendment is rendered worthless.

​Eugene Puryear of the Stop Police Terror Project agreed with the points made by Justice Sotomayor, that in communities of color, parents often feel the need to instruct their children on how to act so as not to be taken for a criminal.

US Police-Involved Shooting Takes Place Outside Miami Airport
"The reality is, in this situation where there are thousands of people who were killed by the police, who are mostly black and brown people…there is a situation where black people, and latino people, and native people as well in this country have to adopt…a posture that is designed to defend themselves from being seen as some sort of person that can in some way be construed as criminal," Puryear told Loud & Clear host Becker.

According to Verheyden-Hilliard, the most outrageous part of the story is the way that Justice Clarence Thomas and the other justices, including Clinton-appointee Stephen G. Breyer who created the 5 to 3 majority by joining the right wing of the court, have minimized publicly the precarious legal nature of the ruling. The justices wrote that there is no evidence of systemic or recurrent police misconduct in light cases, which is in sharp opposition to the revelations presented by the Black Lives Matter movement, drawing public attention to an endemic problem in the US.

"Mass incarceration inside of the United States of America is a military solution to a social problem, the idea that they will not do anything to help most distressed and oppressed communities in this country," Puryear said. "The Black Lives Matter movement has brought this…to the forefront of the society, people in large numbers have objected to that…Ultimately what is happening in our society is an attempt to shift the frame from mass incarceration…to turning society itself into more of a prison."