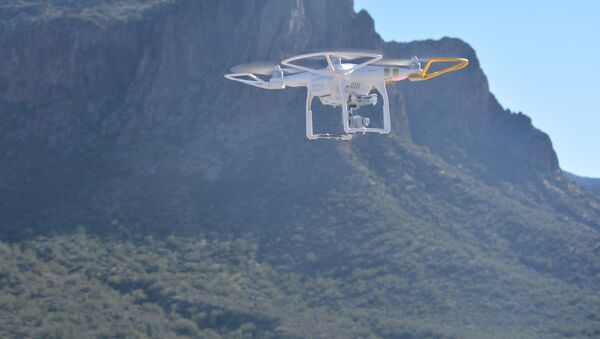 © Photo : Pixabay
Subscribe
A drone carrying abortion pills made a delivery to two women in Northern Ireland on Tuesday morning, in protest of the nation’s strict laws regarding pregnancy termination.

In Last 5 Years a Quarter of All US Abortion Clinics Have Closed
Abortions are currently illegal in both the Republic of Ireland as well as in Northern Ireland, with some of the strictest laws in the world, but the rules in each region vary, allowing for drone deliveries between the two. Police were present at the drone’s landing, but did not interfere.

“In Northern Ireland, the penalty for administering a drug to induce an abortion is governed by a law from 1861 and carries a maximum sentence of life imprisonment. In the Irish Republic, procuring an abortion potentially carries a 14-year jail term,” Think Progress reported.

The delivery included pills containing mifepristone and misoprostol, which are safe for women to use up to 10 weeks into a pregnancy. The drone can carry only enough medication for a few women at a time. On Tuesday, one of the groups, Women on Waves, who participate in the drone deliveries, also deployed a remote controlled speedboat to send pills.

“I took the pills to counter the lies of anti-choice groups and some politicians that these pills aren’t safe,” 18-year-old Courtney Robinson, one of the drug recipients, told the Telegraph. “They’re approved by the World Health Organisation and they’re used all over Europe, and yet women (in Northern Ireland) are being prosecuted for taking them… This is an act of solidarity with them.”

'Abortion Drone' to Drop Pregnancy-Terminating Pills Over Poland
Abortions are generally illegal in Northern Ireland, and women must travel abroad, even in the case of rape, incest, or if the fetus will not survive. The procedure is only legal when the life of the mother is proven to be at risk.

“Research by the world health organisation has proven that an abortion with pills can be done safely at home by women themselves till 10 weeks of pregnancy,” Dr. Rebecca Gompers, the founder of Women on Waves, said in a news release. “The health impact is similar to a miscarriage. Restrictive abortion laws will not keep women from accessing abortion pills, by ship, by mail, through the internet, drone or RC speedboat.”

The drone has become more than just a means for women to choose what to do with their own bodies, but it has also become a protest symbol between those in the north and the south, showing solidarity with one another.

“Today’s action is a clear message of intent – North and South we will build an unstoppable movement of women and young people until women have the right to control their own bodies,” Rita Harrold of Rosa, one of the groups involved with the drone deliveries, said in a news release.

Last year, drones made a delivery from Germany to Poland, a country that also has strict abortion laws.