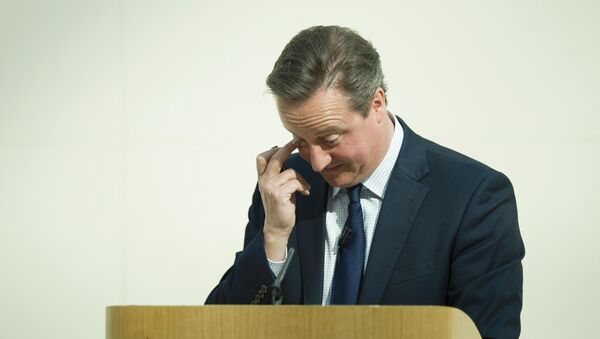 MOSCOW (Sputnik) – Nine of the UK prime minister's top economic advisers, including Steve Varley, chairman of Ernst & Young and Jack Ma, founder and executive chairman of Alibaba Group, did not sign a letter organized by the Britain Stronger In Europe campaign, The Telegraph reported.

Brexit Diaries: 'Break-Up of Soviet Union Was Bad, So I'm Voting Remain'
While spokespersons for the advisers said they did not sign the letter because they lacked an official stance on the issue in their companies, Brexit backers concluded that Cameron’s own advisers believe that leaving the European Union would have a positive effect on the British economy.

The letter in favor of the United Kingdom staying in the European Union published in The Times on Wednesday was signed by 1,285 business leaders.

On Thursday, the UK public will vote in a referendum on whether their country should stay in or leave the European Union. The referendum was scheduled after UK Prime Minister David Cameron and the leaders of the 27 other EU member states agreed in February to grant the United Kingdom a special status within the bloc.