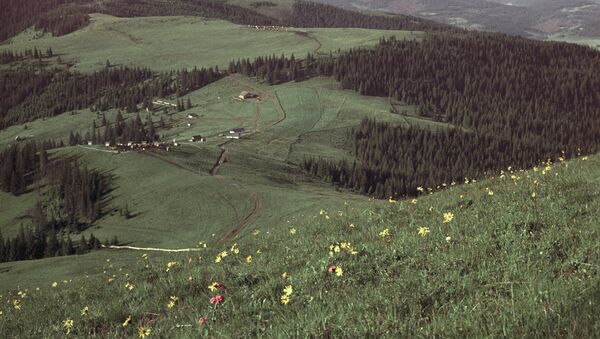 This is How Ukraine Could Turn Into a 'Functioning Democratic State'
According to Chirtoaca, granting autonomous status to ethnic Romanians would help put an end to serious violations of their constitutional rights.

In a statement released on Tuesday the Assembly of the Romanians of Bukovina said that President Poroshenko’s decision to grant autonomous rights to the Crimean Tatars had created a precedent for representatives of all other ethnic groups living in the country.

“We, the Romanians of Bukovina, have special rights to autonomy. Until 1944 Northern Bukovina was part of Romania and our ancestors had spent centuries creating the cultural and material wealth of this territory, while today we are deprived of our fundamental rights and freedoms,” the statement said.

The Assembly’s appeal to the EU, the Parliamentary Assembly of the Council of Europe and other international bodies is meant to draw attention to the systematic violations of the rights of ethnic Romanians in Ukraine.

Northern Bukovina and what is now Moldova became part of the Soviet Union in July 1940 following a Soviet ultimatum to the Romanian government.