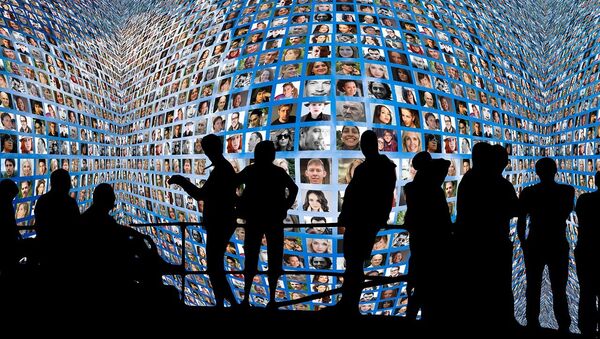 The lead attorney in a Paris bombing victim’s case against Twitter, Google and Facebook has told Sputnik he hopes that legal action will change the way multi-national corporations tackle terrorist organizations online.

Reynaldo Gonzalez's daughter Nohemi was killed during last year's terror attacks in Paris. He has now filed a lawsuit against social media giants Twitter, Google and Facebook, stating that they have allowed terrorists groups like Daesh (also known as ISIS) to recruit, promote and raise funds through their networks.

The attacks in Paris last year saw 130 killed and another 368 injured. Nohemi Gonzalez, a student at California State University, Long Beach, was in Paris as part of a study abroad program when the attacks occurred. 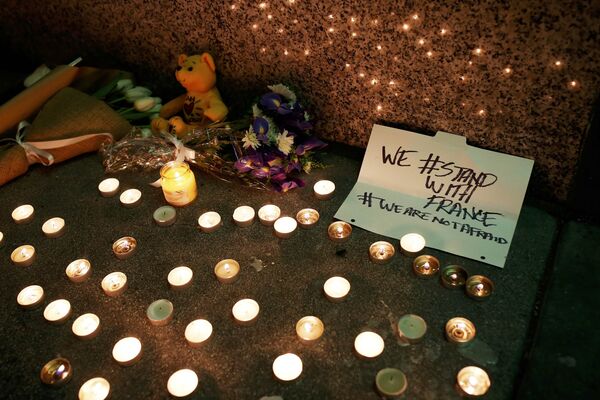 A makeshift memorial honoring the victims of the terror attack in Paris is seen outside the Consulate General of France in San Francisco, California November 13, 2015.
© REUTERS / Stephen Lam

Keith Altman, the lead attorney on the case, told Sputnik that he and his client were not suggesting that the social media giants were "knowingly allowing" the terrorist groups to promote themselves, but rather that they were not doing enough to limit terrorists from using the sites.

"They fully know that the terrorists are using their sites. They make some effort to take down terrorist accounts, but some of the things they do are just not enough. For example, if there is an individual 'Dr. Isis', you'll have 'Dr. Isis 101' — they find 'Dr Isis 101' and take his account down. And the next day he'll create an account 'Dr. Isis 102'. It just seems that it doesn't take a high degree of intelligence to realize that they are using the same prefix over and over again and in fact they flaunt this."

Though some have argued that the law suit may only curtail free speech and drive extremist organisations underground, therefore making it harder for security services to monitor their communications.

"Well, first of all this is not a law suit about the content of what these people are posting, this is about their use of an infrastructure that allows them to conduct operations, to recruit members, to put out operational orders, to spread propaganda — that's what this lawsuit is about," Altman told Sputnik.

"I think companies could do a far better job in terms of limiting the terrorists' ability to use their sites. And then what also should not go unnoticed is that these companies place advertisements on the postings for these terrorist activities."

The attacks in Paris were met with shock and grief around the world, with messages and displays of solidarity being sent from all corners of the globe. Altman hopes that this legal challenge will have a global impact, changing the way multi-national corporations work to combat terrorism.

"Whether we win or lose the lawsuit, and it's an uphill battle with these three big companies. This has certainly brought what has been going on to the forefront and I think that these companies will not be allowed to just take the same approach to how they managed terrorism in the past. So, as I see it, whether the law suit is won or lost, the public wins because things are going to change for the better. Everybody wins."