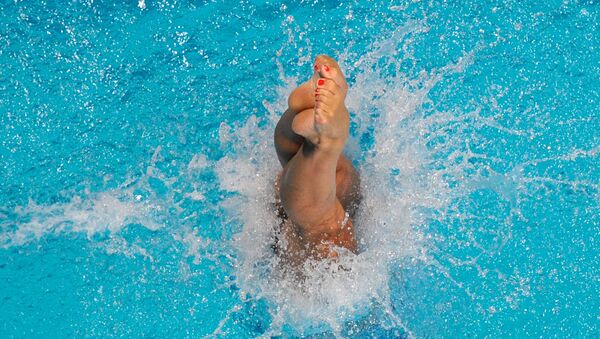 She's Got the Look: Swedish Athletes Relying on Drugs to Enhance Appearance
Since last year, Sweden's discrimination ombudsman has been providing support for people to swim topless, even if they are perceived as women. The controversial decision concerns so-called "intergenders," which are people who identify themselves between or beyond the traditional man/woman-division of gender.

Surprisingly, this decision was largely unknown for the majority of Swedes themselves, but made news after a shirtless person, who had been evicted from a public bathhouse in Stockholm, reported the incident to the discrimination ombudsman and received full support. Therefore, the requirement for women to dress the upper body was formally removed. In practice, this means that bath houses risk becoming the subject of ombudsman's criticism if the staff reject a female bather with a bare breast.

Per Holfve of the discrimination ombudsman's office, welcomed the revised rules.

"It will affect the society's perception of gender issues in a more inclusive direction," he told Swedish public broadcaster SVT.

Tip of the Iceberg: Segregated Swimming Hours All the Rage in Sweden
However, the decision to allow people perceived as women to bathe topless is not without problems. Earlier, a number of bathhouses across Sweden included girls-only hours to combat harassment and welcome more Muslim swimmers, following a number of unpleasant incidents.

"There is a risk of collisions with other cultures and religions. There are [Muslim] women swimming fully dressed. Even people without religious or cultural ramifications may be offended by women bathing shirtless," Carina Engström, head of the Liljeholmsbadet public bathhouse in Stockholm said.

"Certainly, there is a risk that it may lead to sexual harassment. But women may be exposed to harassment, even if they are wearing a top," Mats Ivarsson, bathhouse director in the city of Gävle said, stating that he did not see any problem with the decision.

Selfless to a Fault: Swedes Get Evicted to Make Room for Migrant Family
The decision, which initially only applied to "intergenders," is vastly seen as the first step towards legalizing public nudity, something which many are in favor of.

"In an equal society, women should have the same rights as men when it comes to exercising their bodily freedoms in public," debater Amanda Soltanian wrote in her opinion piece in Sweden's largest newspaper Dagens Nyheter. "The bra is a great invention for those women who feel they need or want it in their everyday lives, but wherefrom stems the notion that the bra is mandatory?" she asked rhetorically.

Correspondingly, 61 percent of Swedes believe that everybody, regardless of their gender, should be given the right to swim topless, a subsequent poll by SVT revealed.