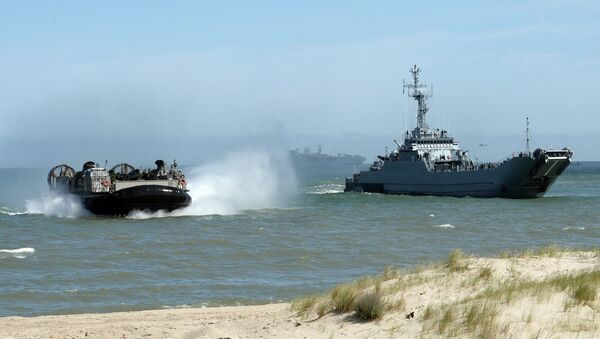 © AP Photo / JANEK SKARZYNSKI
Subscribe
International
India
Africa
The North Atlantic Alliance has strained every nerve to build up its military capabilities in Eastern Europe and the Baltics, with three major war-games topping these efforts in June. Russia perceives NATO's saber-rattling more as a "headache" that distracts the country from dealing with real challenges, military expert Ilya Kramnik asserted.

Steinmeier's Comments on NATO's 'Warmongering' Spark Firestorm
Russia's response to NATO's activities has largely remained on the "precrisis" level, the analyst wrote for the news website Lenta.ru. The crisis in this case refers to the tensions between Russia and the West that were sparked by the outbreak of the Ukrainian civil war and Crimea's reunification with Russia.

Russia's deployments in the last two years "clearly show" what the country's priorities are. Moscow has been focused on areas to the south and southeast — in case conflicts in Ukraine, the Caucasus and Central Asia flare up. Not to mention that Russia's present battle missions take place in Syria.

"In this context, standoff with NATO is viewed as a headache that requires extremely costly and time-consuming efforts that siphon resources away from priority tasks," the analyst observed. 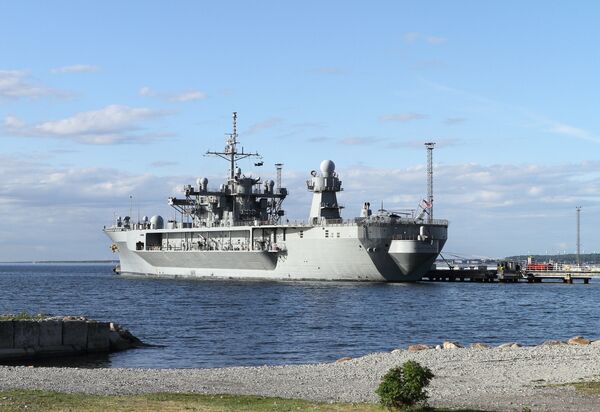 The USS Mount Whitney, the flagship of the US Sixth Fleet, has reached the port of Tallinn, Estonia, to take part in the NATO international military exercise, Baltops (Baltic Operations).
© Sputnik / Alexander Zabolotny
/
Go to the mediabank

Meanwhile, the North Atlantic Alliance has been engaged in three large-scale military exercises close to Russia's borders. These include Baltops, Saber Strike and Anakonda. Approximately 6,100 troops from 17 countries take part in the former. A total of 10,000 soldiers are taking part in the US-led Saber Strike 2016, while the Polish-led Anakonda drills involved more than 25,000 troops from 24 states.

NATO Battalions on Russian Borders Could Easily Grow Into Larger Contingent
​In Kramnik's opinion, NATO's military exercises in the Baltics "do not create brand new threats" to Moscow. However, the bloc's overall strategy, including its latest decision to deploy additional troops close to Russia's borders "does nothing to promote security in the region."

The North Atlantic Alliance plans to deploy four multinational battalions to Lithuania, Latvia, Estonia and Poland on a rotational basis. The UK, responsible for manning one framework battalion, wants to field its force in early 2017.

This move will be formally adopted at the NATO summit in Warsaw, slated to be held next month. It will be, as NATO officials have said, one of several measures aimed at reinforcing the bloc's collective defense from multiple threats. An "aggressive" and "resurgent" Russia, as hardliners in the US and Europe describe it, is viewed as one of them, although Moscow has repeatedly said that it does not pose a threat to its neighbors and beyond.

Peaceful Neighbor: Finland Sees No Russian Threat, Defends Putin Talks
Kramnik begged to differ. NATO's move, in his opinion, is not linked to any real security concerns in the region.

"The Baltic states and Poland want to preserve Russia's image as an enemy," the analyst explained.