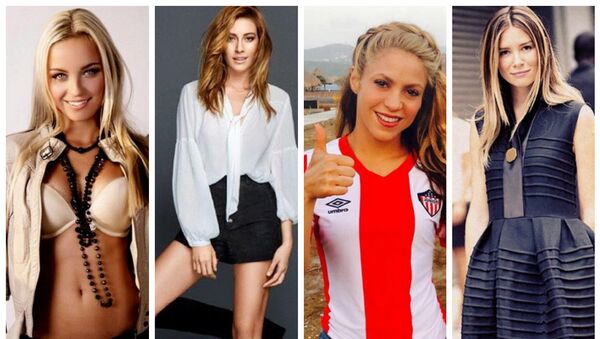 Klarka Necid, the wife of Czech footballer Tomáš Necid. Klarka is not just a WAG and a mother of a 1-year-old boy, she is a fashion stylist and makup artist.

Sinem Kobal, wife of the Turkish attacking midfielder Arda Turan. Sinem is a successful Turkish TV star and an actress.

Mirela Foric, wife of Croatian footballer Darijo Srna. Mirela is not just a WAG — she is a fashion company CEO and a jetsetter.

Shakira, who is not just a world-famous singer and the winner of two Grammy Awards, but the wife of Gerard Piqué, who plays for the Spanish national team. Shakira gave birth to two boys.