Can Disenfranchised British Teens Change the Outcome of the EU Referendum? 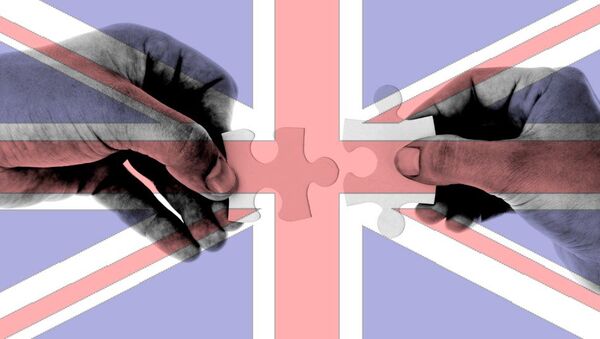 As Britain braces itself for a once-in-a-generation referendum on EU membership, an entire class of citizens, those under 18, will not have a say in the vote but will be profoundly affected by it.

Euro Uncertainty Amid Brexit Can ‘Push Up’ US Dollar
Unlike the 2014 Scottish independence referendum, when voters in Scotland starting from age 16 were allowed to cast ballots, British minors will not be able to decide whether Brexit happens. This could have a significant impact on the electoral balance, as youth are prone to vote Remain, while older Brits are polling generally in favor of leaving the EU.

Recently, a group of British teens crossed swords in the Houses of Parliament, in an energetic Oxbridge-style debate, on whether the UK should stay in the EU, organized by charity IDEA UK.

"I find [it] strange [that] people under 18 cannot vote, since the outcome of the EU referendum will affect the lives of people who are 16 and 17 years old," she said. "And, if you are considered old enough to go to war or marry, I cannot see why you cannot vote on something so important."

Young Britons who took part in the event clashed over the same issues that so-called Remainers, like PM David Cameron, and Brexiteers, like former London mayor Boris Johnson, have been wrangling over for the last several months, but with much more grace and much less scaremongering and name-calling.

​Pro-Brexit youth underlined how leaving the Union would be a victory for democracy and a defeat for hypertrophic EU-led legislation, and that leaving the EU could allow the UK to "open up to the rest of the world."

Young Remainers underlined the economic benefits of the single market, the EU immigrants' contribution to Britain's GDP, and the unintended political fallout were the Brexiteers to triumph.

'Without migration public services would have to be cut even more!' #DisenfranchisedVoices #idebate #EUref pic.twitter.com/XGVJyS2ta0

'A migrant in the NHS is more likely to be helping you than taking your place in the queue' —#DisenfranchisedVoices pic.twitter.com/yRVuVpv7UE

​"It would give power to people like Johnson, Gove and Farage in the UK, and to the far right throughout Europe. That's dangerous," said Sonya, a Remainer.

​Another Remainer teenager pointed out how many Irish women have benefited from the EU's open cross-border movement to travel to the UK and get an abortion, an illegal medical process in Ireland.

The most ethical argument is to #remain — we are not at breaking point! #idebate #migration pic.twitter.com/8NcoJnQjpy

​While none of the young debaters can vote in the historic UK referendum on Thursday, much has been said on how youth could help to close the generation gap between older-Brexiteers and young-Remainers by engaging more with parents and grandparents. A similar dynamic is thought to have played a large role in tipping the scales in last year's referendum on gay marriage in Ireland in which same-sex marriages were approved.

I am really amazing by the of the quality of #EUREF youth debate organised by @idebate_uk #idebate pic.twitter.com/zlE5PMMgOI

​Following the debates, some "grown-ups" attending the Westminster event might have changed their minds, after listening to the young debaters.

"I was leaning Leave, but some of the arguments I heard from the pro-stay, like those about equal pay and environmental protection, have sort of made me think twice," mother-of-two Martha told Sputnik after the debate. "I guess now I'm back on the fence. I could even vote for Remain."

"I was a Remain supporter, and I still am, but I'm just amazed at how these kids have shown how it's possible to take on serious, controversial issues in a civilized way," said 40-year-old Rajee, who is from south London. "If I think about the level of the actual debate, I feel like we've failed their generation."