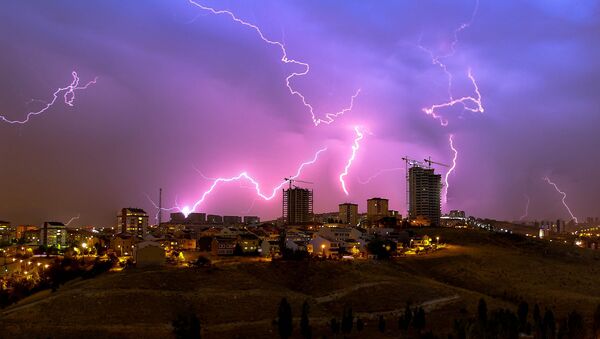 The Turkish authorities are misusing the law to silence media and critics by arresting two journalists and a human rights activist, European Federation of Journalists (EFJ) President Mogens Blicher Bjerregaard said on Tuesday.

EDINBURGH (Sputnik) — On Monday, a Turkish court ordered the arrest and pre-trial detention of Erol Onderoglu and his two colleagues, Ahmet Nesin and Sebnem Korur Fincanci, who have been charged with spreading terror propaganda while participating in a campaign of solidarity with the Kurdish Ozgur Gundem daily which has recently been pressured by Ankara.

"Showing solidarity by working as journalist or editor-in-chief cannot be considered as doing terror propaganda. Turkish authorities are clearly misusing the legislation to silence critics and human rights defenders," Blicher Bjerregard said in a statement.

Turkey's crackdown on journalists and restrictions on freedom of speech have been condemned by the international community, including the Reporters Without Borders (RSF), the United Nations, the United States, the European Union and Russia.

"Those people arrested must immediately be released; Turkey is working against itself by jailing press freedom activists," Blicher Bjerregaard added.

Earlier, the Journalists Union of Turkey also condemned the arrests, stating that "journalism is not a crime".