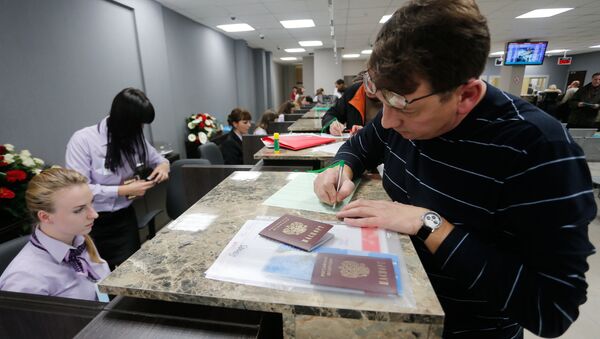 "I think that the right move [in relations between Moscow and Brussels] would be not to remove the [anti-Russia] sanctions, but [the introduction of] visa-free entry to countries of the Schengen area for ordinary Russian citizens, who are not to blame for the Ukrainian crisis and have nothing to do with sanctions. It would be a positive signal that we do not want to deepen the divisions between Europe and Russia. It would be great if more Russians visit us — not only the rich ones and oligarchs — to see that Europe is not so decadent and is not standing on the verge of collapse like Russian propaganda portrays," Ischinger said in an interview.

He added that such an initiative could find support in Europe, but probably not in Russia.

"I am skeptical of the Russian government in terms of whether it would agree with it [the initiative] and not block it. In my opinion, it would be a more appropriate response to the current state of affairs than lifting the sanctions without responsive actions by Russia," Ischinger said.

Since 2014, relations between Russia and the European Union, including Germany, have deteriorated amid the crisis in Ukraine. Brussels, Washington and their allies have introduced several rounds of anti-Russia sanctions since Crimea became part of Russia in 2014, accusing Moscow of meddling in the Ukrainian conflict.

Russia has repeatedly refuted the allegations, warning that the Western sanctions are counterproductive and undermine global stability. In response to the restrictive measures, Russia imposed a food embargo on some products originating in countries that have targeted it with sanctions.