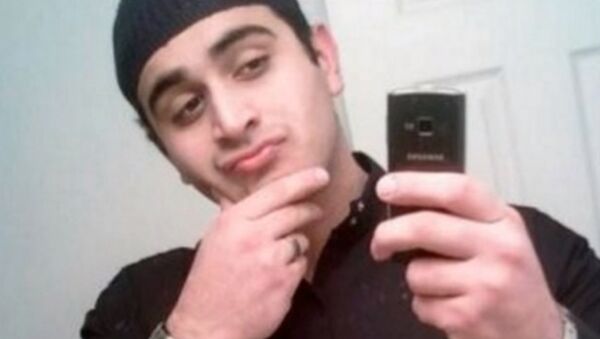 Prior to Omar Mateen’s massacre at an Orlando nightclub, the FBI had attempted to lure him into a fake terror plot -- which has left some questioning whether or not the agency had a role in shaping his radicalization.

Orlando Shooter Claimed Allegiance to Daesh, FBI Says
Sheriff Ken Mascara of Florida’s St. Lucie County has confirmed that in 2013, Mateen had threatened a court house deputy, saying that he could order al-Qaeda to kill his family. The FBI then set up an undercover informant scenario to "lure Omar into some kind of act and Omar did not bite."

“It looks like it's pretty much standard operating procedure for preliminary inquiries to interview the subject or pitch the person to become an informant and/or plant an undercover or informant close by to see if the person bites on the suggestion,” Coleen Rowley, a former FBI agent and division counsel whose May 2002 memo to the FBI Director exposed some of the FBI’s pre-9/11 failures, told AlterNet.

Alternet’s article on the investigation strongly alludes to the likelihood that the FBI likely played a role in radicalizing Mateen.

“In the case of Mateen, since he already worked for a security contractor [G4S], he was either too savvy to bite on the pitch or he may have even become indignant that he was targeted in that fashion. These pitches and use of people can backfire,” Rowley continued.

Mateen was working for the seven years up to the shooting as a security officer for G4S Secure Solutions — government contractors who have had several scandals involving their employees in the past.

On the other hand, many on both the right and the left have argued that the FBI did not do enough. They counter that Mateen, with his outrageous claims and perhaps loose grasp on religion, was a perfect recruit for radical terror groups — and that the FBI let him slip through their fingers due to tightening the limits on the agency.

Sputnik News spoke to former FBI informant and current Editor-In-Chief of Breitbart Texas, Brandon Darby, who explained that the role of an informant is to be no more and no less radical than the subject that they are investigating. He explained that they must maintain the same level as the person of interest as to not tip them off and blow the entire thing — a fact which makes it unlikely that the agency shaped his radicalization.

“No thinking person would jump to such a conclusion based upon the one comment allegedly made by a local law enforcement official. The only way such a conclusion could be reached is if the person asserting the absurd claim wanted something like that to be true. In my experiences, the FBI enters the scene when a radical extremist is wanting to hurt others. The FBI interferes with and stops such plans, they do not encourage radicalism,” Darby explained.

Hero of Our Time: War Veteran Saves Dozens During Orlando Club Massacre
“Further, the Orlando shooter made clear it was the policies and actions of President Obama and then-Secretary of State Clinton in the Middle East that angered him.”

Darby also noted the fact that the article questioning FBI involvement was written by Max Blumenthal, whose family has a long history with the Clintons.

“The claim you asked me about was asserted by Max Blumenthal--the son of Clinton's long-time spin doctor, Sidney Blumenthal. The Blumenthals are clearly trying to divert attention from the failures of Clinton, just as the elder Blumenthal did through Bill Clinton's repeated sexual predator accusations,” he continued.

The FBI and Department of Justice has confirmed that during the shooting, Mateen repeatedly pledged his allegiance to the Islamic State. The comments that prompted the FBI to send in an informant were regarding Al Qaeda.

“I pledge allegiance to Abu Bakr al-Baghdadi of the Islamic State,” Mateen said in the 9-1-1 call that the Department of Justice first released in a censored transcript, but later reversed course and uncensored.