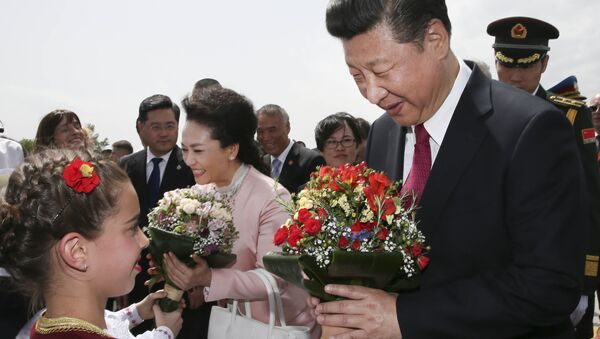 "I have no doubt President Xi perfectly understands the dynamics in this part of the world. We are developing fast, and so is China," Duda told China Daily in an exclusive interview.

At the end of March, Xi paid a state visit to the Czech Republic, strengthening political ties and signing dozens of economic and trade projects.

Duda, who visited China in November, said, "This second trip (within three months) underlines how important Central and Eastern Europe is becoming for China."

He said he had been deeply impressed by China's thousands of years of history and heritage during his first trip to the country.

He stressed that Xi will see Poland and the region as an extremely attractive market — an area of boundless opportunities for deeper economic cooperation.

During Duda's trip to China, the two countries signed a cooperation document on the Belt and Road Initiative, and Poland became a member of the Asian Infrastructure Investment Bank.

Duda added, "We see this (visit) as an opportunity to find new ways to fund ambitious infrastructure projects in Poland and other countries in Central and Eastern Europe."

He said Poland needs to build more highways and more railroads to form a link between the Baltic Sea and the Balkans, adding that China can play an important role in this.

"We also hope that Polish companies will benefit hugely from the Belt and Road Initiative,"Duda said, adding that these enterprises have experience and a highly qualified workforce, and he is sure they can establish long-lasting and fruitful partnerships with Chinese companies.

Duda said Beijing is playing an increasingly crucial role in the international arena, many Chinese companies are well known and respected abroad, and China has seen millions of people escape poverty in recent decades.

He said one of the biggest challenges is social inequality and uneven growth in urban and rural areas, and he knows how much the Chinese authorities have done to tackle this.

"On the other hand, many European nations have had to cope with the same problem recently," he said.

Duda said dozens of bilateral agreements will be signed during Xi's visit, which will provide a foundation for further cooperation between China and Poland.

"But our relations should not be solely of an economic nature,"he said.

"I am sure that both President Xi and his wife, Peng Liyuan, will fall in love with Polish culture, Polish music and, last but not least, Polish cuisine."