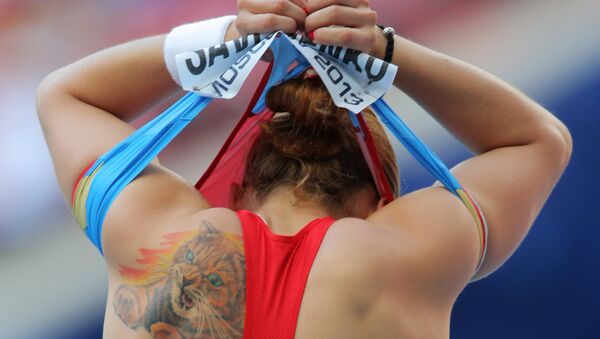 MOSCOW (Sputnik) — According to IOC, "the eligibility of athletes in any international competition including the Olympic Games is a matter for the respective International Federation."

"The International Olympic Committee (IOC) welcomes and supports the IAAF’s strong stance against doping. This is in line with the IOC’s long-held zero-tolerance policy. The IOC has taken note of the decision of the IAAF Council and of the report and recommendations of the IAAF Taskforce. The IOC Executive Board, in a telephone conference today, emphasized that it fully respects the IAAF position," the statement reads.

The International Olympic Committee (IOC) is scheduled to hold an emergency summit next Tuesday in Lausanne, Switzerland, to discuss how this will affect innocent athletes.