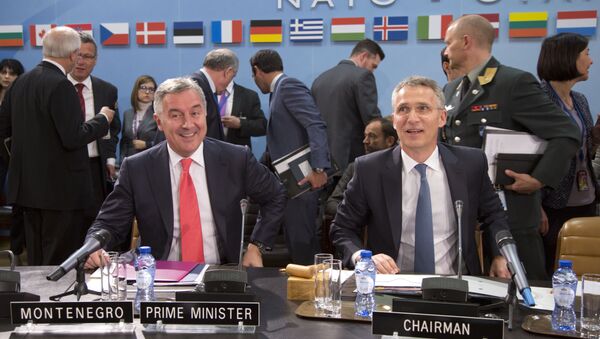 World Bank Earmarks up to $300Mln in Loans to Create Jobs in Montenegro
BELGRADE (Sputnik) – The Parliament of Montenegro has adopted a document in favor of the country's NATO membership after two days of parliamentary debates.

"NATO membership is a historic decision, not only for Montenegro, but also for the Alliance. Our neighbors will have another friend in the alliance, and NATO will have a sincere and reliable promoter of its values ​​in the historically volatile area of ​​the Western Balkans," the text of the resolution, approved late Friday, read.

The parliament meeting broadcast on its website ended with the document being approved by 48 Montenegrin lawmakers, while 26 voted against it. The opposition demanded inclusion of a provision for a referendum on NATO membership.

Montenegro was invited to NATO in December 2015. Last May, NATO member states signed a protocol on Montenegro's accession to the Alliance, which gives it the status of an observer at the meetings.

To become a full-fledged alliance partner, all 28 NATO countries must ratify the founding treaty to include the new member. The Montenegrin resolution in favor of the country's NATO membership does not formally influence the course of Montenegro's integration into the Alliance.