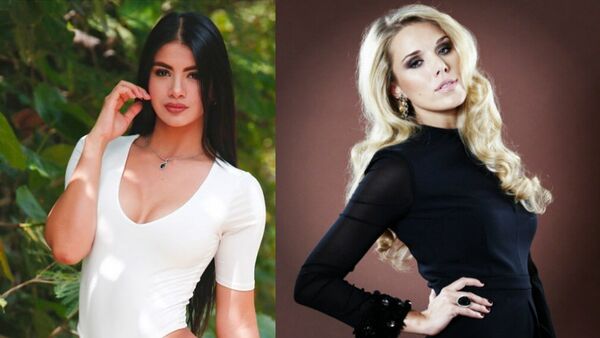 Today Portugal is meeting the Austrian national team as the Euro-2016 football championship is underway. Sputnik has decided to conduct a poll for all those die-hard sports fans.

Paula Suarez, a 21-year-old model and the current girlfriend of Christiano Ronaldo. The Colombian beauty was snapped relaxing with the Real Madrid star on his yacht in early June.

Tatjana Boenisch is wife of Sebastian Boenisch, who plays for Austrian team. Tatjana is an Austrian model who won Miss Austria in 2006. The couple has a beautiful son.