Russia Prefers Strong Europe, Any UK Choice Must Be Respected 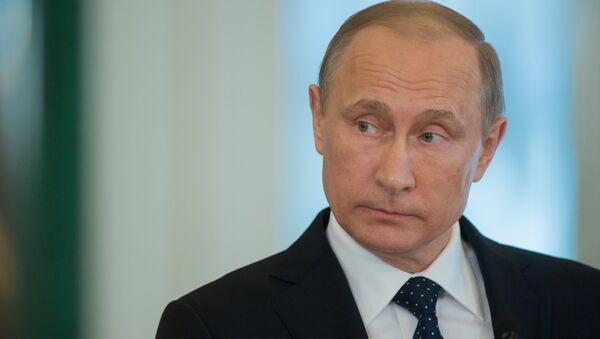 MOSCOW (Sputnik) — Russia prefers to have a strong Europe to cooperate with, as such a partner is less likely to be manipulated by outside forces, Russian President Vladimir Putin said Friday.

"You want me to say what Russia's stance is on this, whether Russia want to talk to a strong Europe or a weak one. Russia certainly wants to talks to a strong Europe, because having dialogue with a weak partner is not worth it. One can always expect that someone else will somehow pressure him and all agreements and joint plans will be ruined. While a strong partner will never allow something like that to be done. I think that we should respect the choice of the British people, regardless of what it will be. We just have to wait a few days and see what happens," the president said," Putin said in a response to a question regarding the upcoming UK referendum on the United Kingdom's membership in the European Union.

Experts disagree on the impact that a UK exit will have on the European Union, with some arguing that Europe will consolidate and other arguing that the bloc will disintegrate, Putin added, noting that he will not express his personal opinion on the matter.