EU Economic Sanctions Against Russia Off Table at Putin-Juncker Meeting 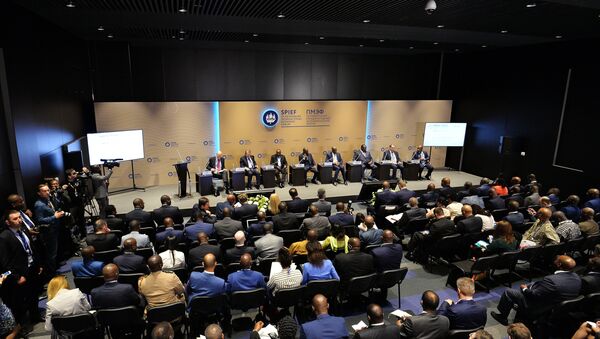 ST. PETERSBURG (Sputnik) — The meeting took place on the margins of the St. Petersburg International Economic Forum (SPIEF), which kicked off in Russia yesterday.

"Sanctions per se were not brought up. They discussed the situation where we have de facto found ourselves in a frozen relationship," spokesman Dmitry Peskov told reporters.

Juncker’s Meeting With Putin: Is EU Bracing to Lift Russian Sanctions?
Putin and Juncker agreed that the "vacuum" in EU-Russia relations was detrimental to both sides and urged them to look for a way out of the current stalemate.

"One of the talks’ participants from the Russian side said there could be no business as usual, but we will have to deal with it, we need to find points of convergence between Russian and EU interests," Peskov said, adding, "it is a hard and long process."

Russia’s ties with Europe deteriorated in 2014 when the European Union along with the United States and some other nations imposed several rounds of sanctions against Russia, accusing it of meddling in the Ukrainian crisis, a claim which Moscow has repeatedly denied.