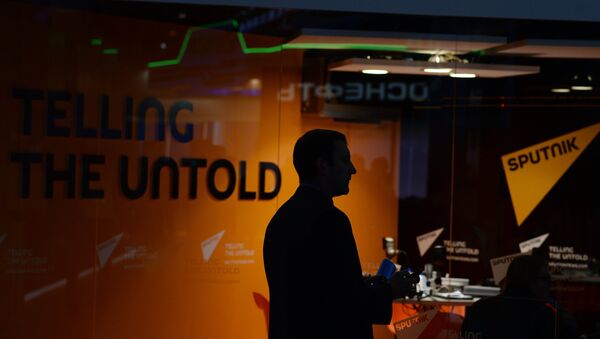 The Sputnik international news agency on Friday opened a multimedia center in the southern Caucasian republic of South Ossetia.

MOSCOW (Sputnik) — The news desk includes two web portals in Russian and Ossetian languages, as well as a high-tech multimedia press center and a radio station.

"Firstly, I want to congratulate the staff with today's opening. The Agency has been working on South Ossetian territory for one year, but the official opening takes place today. I think that Sputnik has a bright future. We are already familiar with the agency's work, with its format and style of work…We are not against criticism, we perceive it normally and implement corresponding changes to our work," South Ossetian President Leonid Tibilov.

Sputnik Opens Multimedia Press Center in Minsk
The president added that he expects the agency to produce objective and constructive criticism as well as useful material. The new Sputnik center can show the Caucasian republic's way of life to the world, he noted.