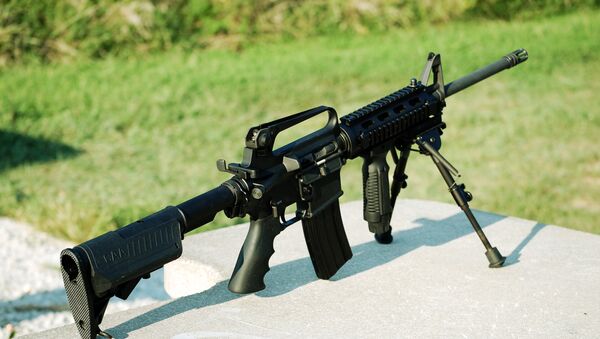 The family of the man who invented the AR-15 rifle is speaking out against the marketing of the military weapon to civilians, and says they believe he would be “horrified and sickened” if he were still alive.

US Republicans View Orlando Blast as ‘Terror,’ Democrats as ‘Gun Violence’
Eugene Stoner’s family, including his surviving children and adult grandchildren, had never publicly weighed in on the heated debate over the weapon — but have finally done so under the condition of anonymity.

The family adamantly asserts that Stoner, who passed away in 1997 at the age of 74, never intended for his invention to be sold to civilians. Despite his fondness for hunting and skeet shooting, he never used the gun for sport, and did not even own one himself.

"Our father, Eugene Stoner, designed the AR-15 and subsequent M-16 as a military weapon to give our soldiers an advantage over the AK-47," one of the Stoners said in a statement to NBC News. "He died long before any mass shootings occurred. But, we do think he would have been horrified and sickened as anyone, if not more by these events."

While their comments stop short of suggesting any law or policy changes, they may add fuel to the Democratic Party’s efforts to ban the gun.

The commentary may also help with the ongoing lawsuit filed by 10 families who lost children in the mass shooting in Newtown, Connecticut in 2012. The plaintiffs are suing Remington, the manufacturer of the AR-15, the distributor, and a local retailer, under the pretense that the gun is a weapon of war and should never have been marketed to civilians.

"After many conversations with him, we feel his intent was that he designed it as a military rifle," his family said, explaining that Stoner was "focused on making the most efficient and superior rifle possible for the military."

The AR-15 has been nicknamed “America’s rifle” by the National Rifle Association and the gun, or ones that are similar, have been used in at least 10 mass shootings, including incidents at Sandy Hook Elementary School, the movie theater in Aurora, and the office party in San Bernardino.

"What has happened, good or bad, since his patents have expired is a result of our free market system," Stoner's family said. "Currently, a more interesting question is 'Who now is benefiting from the manufacturing and sales of AR-15s, and for what uses?'”