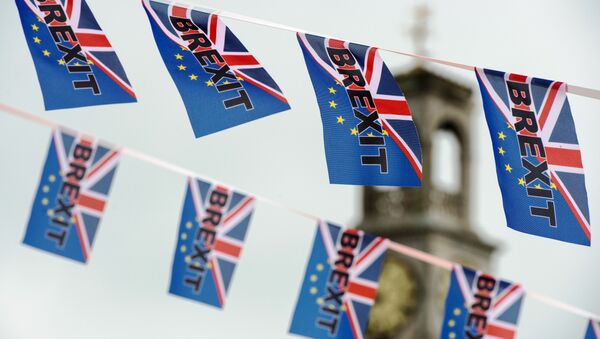 Neil Clark
All materials
If we see the EU referendum campaign as a two and a half miles horse-race - and why shouldn't we in the week of the Royal Ascot racing festival - then we're now entering the final furlong.

While "Remain" has looked the likeliest winner for much of the contest, latest polls show that "Leave" has now burst clear. Is this a decisive move, or will there be one late rally for Remain?

Interestingly, while three recent opinion polls have all given Leave the lead — by margins of seven, six and one-point — the bookies still have Remain as the odds-on favorites, even though the odds on a Brexit have been shortened to 6-4 with some firms.

Those who support Britain staying in the EU will be pinning their hopes on a repeat of what happened during the Indy Ref (Independence Referendum) in Scotland in September 2014, when, after two polls that month, showed that the Independence side was in front, intense Establishment scaremongering persuaded enough people to vote for the status quo. This time though, things could be different.

For a start we've had more than two polls showing Leave in the lead — and the momentum is clearly with the Brexiteers.

There's enough evidence that dire "Private Frazer"-style "We'd be Doomed" warnings if we "Brexited" — either from UK Establishment figures or outsiders — have actually boosted the Leave campaign.

President Barack Obama's intervention in May, when he warned that Britain would have to go to the "back of the queue" in post-Brexit trade deals with the US, led to a four-point swing to Leave in one poll. 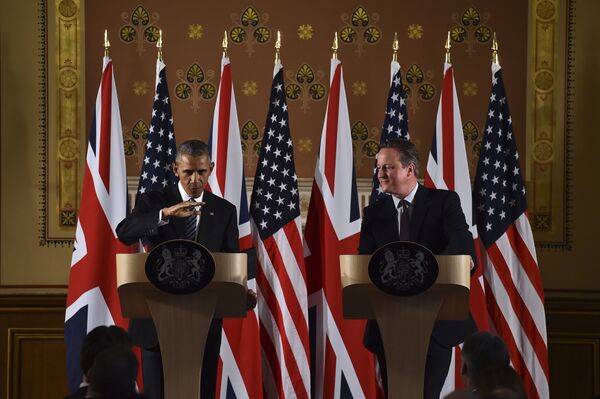 US President Barack Obama (L) talks during a press conference with then Britain's Prime Minister David Cameron (R) at the Foreign and Commonwealth Office in central London on April, 22, 2016 following a meeting at Downing Street.
© AFP 2022 / Ben Stansall

Writing in the Daily Express this week, Peter Hill said that:

"If the referendum brings in a Leave result it will be down to one man: David Cameron. His hysterical behavior has been a revelation, barely a day going by without another fatuous threat. But now he has really gone over the top and I suspect alienated many of his most ardent supporters."

I spoke to one Conservative activist recently, who told me that he thought Cameron's scaremongering was an "absolute disgrace" and that consequently, he'd be voting Leave on June 23.

If "Cameron and co" had a bit more common sense they'd have reacted to the recent polls by toning things down a bit.

Project Fear and Ignorance: British Public Sleepwalking Towards Brexit Vote
The Remain message in these last few days should be: "Britain won't face Armaggedon if we leave the EU, but we think that on balance it would be better if we stayed in, for the following practical reasons…" But the government has reacted to Leave taking the lead by ratcheting up "Project Fear" still further.

On Sunday (June 12), the Prime Minister (or is it really Private Frazer in disguise?) tried to frighten Britain's senior citizens by saying that retirement benefits, including the state pension, could be slashed if we left the EU, because of a "big black hole" in public finances. Cameron's attempt to terrify the old was condemned, rightly, by government Minister Priti Patel as "fear on steroids."

While on Wednesday (June 15), George "Slasher" Osborne — a man who seems to take delight in making cuts in public spending — warned of major Brexit cuts in an emergency post-referendum budget. That's even more cuts that he's planning for us already!

Real wages going up. Record numbers in work. We've made so much progress since the crash. Leaving EU would be leap in the dark #StrongerIn

Interventions from abroad in recent days have been similarly over the top, none more so than the quite ludicrous claim by Donald Tusk, President of the European Council, that Brexit could destroy not only the EU, but also "western civilization it its entirety." Talk about overstating one's case!

The deciding factor next Thursday is likely to be Labour voters. Labour is after all, Britain's most popular party at present. Blairites, who have spent the last year attacking Jeremy Corbyn and telling us he's a vote-losing liability, have been attacking him for er, wait for it — not getting out and about more to push the case for staying in the EU.

The risk to our NHS from a Tory Brexit is further austerity cuts to our public services #LabourIn #EUrefhttps://t.co/1Q9TXMSnPH

If you're confused by that, you're not the only one. The big problem Labour has is that while the party's Establishment and most of its most high profile supporters in the London-based media are pro-EU, supporters in Labour heartlands — particularly in the North — tend to think very differently on the issue.

"Brexit will hurt your city Labour tells core voters — but no one is listening," reports the Guardian.

In a last-gasp attempt to get their supporters to change their mind, leading Labour figures — such as Deputy leader Tom Watson and Yvette Cooper — are now coming out to say that that EU rules on free movement of labor may have to be changed. However, leader Jeremy Corbyn has held his ground on the issue saying:

"It's intrinsic to the European Union that there has to be free movement of people."

This difference of opinion on immigration could be a fault line for Labour before the next election. Ironically it's the one issue in which Blairite critics of Corbyn actually have common ground with the current Labour leader.

While a recent poll has shown that a third of the people thought that immigration is a more important factor than the state of the economy in the referendum, there are other reasons too why Labour voters in the party's heartlands are leaning towards Brexit.

David Cameron has been Prime Minister for six years now and his approval ratings have slumped since he scored a very narrow victory in last year's General Election. Although unemployment has fallen to its lowest level since 2005, millions of Britons are struggling to make ends meet in this new age of "austerity," while the super rich —whose taxes have been cut by the government — get even richer.

The tide has turned against Cameron in the way it turned against Margaret Thatcher in 1990. There's a strong anti-Establishment feeling in the country at the moment, and the Prime Minister is in the firing line. Those who live and work in the "Westminster Bubble" haven't really picked up on just how much dissatisfaction there is out there.

This doesn't mean that Leave is sure to win, only that the Remain side have misread the public mood.

Let's face it, the pro-Remain Times newspaper, wheeling out billionaire investment banker Lord Jacob Rothschild to urge us to stay in the EU is unlikely to swing it, charming man though I'm sure his Lordship is. Tom Watson — that's the politician and not the veteran eight-time Major winning golfer, has said that Labour voters "shouldn't use the referendum to punish David Cameron."

But it seems that for large numbers of Labour supporters, helping to evict "Call Me Dave" and his mate, "Slasher" Osborne, from Downing Street on June 23, is just too tempting. And who, in all honesty, can really blame them?