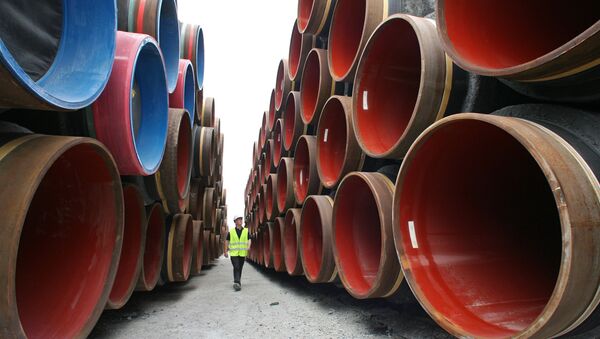 According to German Chancellor Angela Merkel, the Nord Stream 2 gas pipeline project must be implemented in accordance with the law.

"We consider Nord Stream 2 as economic project which has to be implemented in accordance with the law… From a political perspective, it is important that Ukraine and Slovakia's interests are not unnecessarily affected by the project," Merkel told journalists in Berlin.

In late 2015, nine Central and Eastern European countries, led by Poland and Slovakia, sent a letter to European Council President Donald Tusk asking him to block the Nord Stream 2 project due to energy security concerns. The countries believe that the project would increase European energy dependence on Russian gas and could lead to the further escalation of the Ukrainian crisis.

In response, the European Commission said its stance on the gas pipeline remained positive.

The Nord Stream 2 project aims to deliver 55 billion cubic meters of Russian natural gas a year to the European Union across the Baltic Sea to Germany, bypassing Ukraine. The gas pipeline project plans to use the original Nord Stream pipeline for 86-percent of the route before branching off.