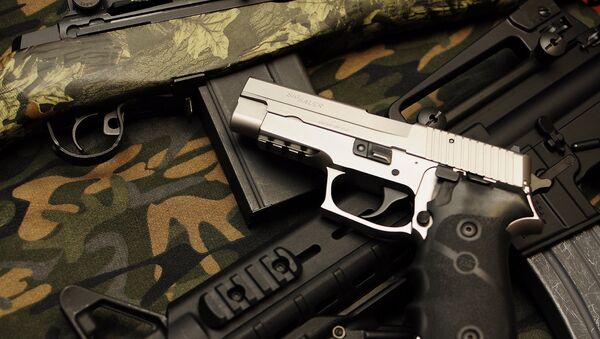 © Flickr / Zorin Denu
Subscribe
Sig Sauer, the New Hampshire-based privately-owned weapons manufacturer that built and sold the assault rifle used in the Orlando shooting massacre, is expanding production, with the goal of supplying the US Army.

Orlando Massacre: Some Victims May Have Been Killed by Police
Currently, the firm is the fifth-largest gun producer in the US, and sells some 74,000 semi-automatic assault rifles annually. Its weapons are commonly used by American police, federal agents, and the US Navy. Under current law in most states, Sig Sauer assault weapons, and those of every other gun maker in the world, are also available for purchase by anyone who can pass a simple background check, or, in many cases, just provide a form of identification.

A Sig Sauer “Black Mamba” MCX assault rifle, known for its fitted silencer and a side-folding stock that makes it easy to conceal, was purchased by Omar Mateen, an American man born of Afghan parents, prior to his Sunday shooting massacre at a popular Orlando gay nightclub. Along with his Glock handgun, Mateen used his Sig Sauer Black Mamba to kill 49 people and wound another 53, authorities reported. 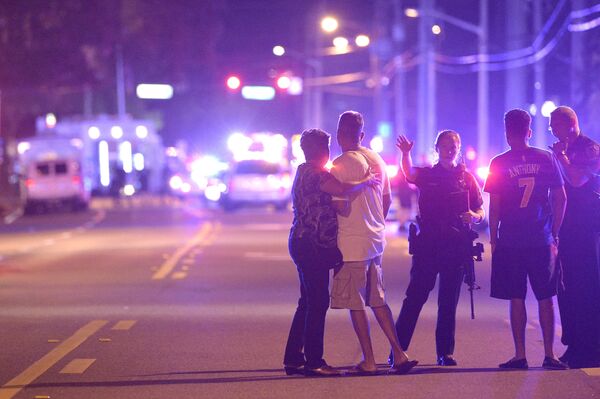 The Orlando nightclub shooting, the highest casualty gun massacre in the US in modern times, is not viewed as an impediment to Sig Sauer’s ambitious plans to expand in an already bloated US weapons market. To increase its market share in the country, the company has hired the Crossroads Strategies lobbying firm, to clean up its image and secure exports and sales contracts with the Pentagon and other agencies.

US Federal Prosecutors Seek to Charge Orlando Shooter's Wife as Accomplice
According to Thomson Reuters, shortly before the carnage, Sig Sauer secured $178 million in bank financing that makes its expansion realistic.

The company has also transited its ammunition plant from Kentucky to Arkansas, to a new location that provides space for expanded production, according to company officials.

The weapons manufacturer, along with these steps, hopes to extend its lineup of silencers, documents filed in a dispute with the ATF in federal court state. Sig Sauer is currently taking part in a bidding competition with other weapon manufacturers Glock and Smith & Wesson, to win a contract for the replacement of the Beretta M9 as the basic sidearm of the US Army and Air Force. The bid results are expected to be announced in 2017.

000000
Popular comments
Doesn't matter who made the gun, not the gun that kill, it is the bad bloods that killed. This country is mixed with so much bad bloods that that would not be the first nor the last. Going to this war that war but never intended to win but just enough to bring in bad bloods into the country so that's what we got.
peaceactivist2
16 June 2016, 06:49 GMT
000000
Newsfeed
0
New firstOld first
loader
LIVE
Заголовок открываемого материала
Access to the chat has been blocked for violating the rules . You will be able to participate again through:∞. If you do not agree with the blocking, please use the feedback form
The discussion is closed. You can participate in the discussion within 24 hours after the publication of the article.
To participate in the discussion
log in or register
loader
Chats
Заголовок открываемого материала
Worldwide
InternationalEnglishEnglishMundoEspañolSpanish
Europe
DeutschlandDeutschGermanFranceFrançaisFrenchΕλλάδαΕλληνικάGreekItaliaItalianoItalianČeská republikaČeštinaCzechPolskaPolskiPolishСрбиjаСрпскиSerbianLatvijaLatviešuLatvianLietuvaLietuviųLithuanianMoldovaMoldoveneascăMoldavianБеларусьБеларускiBelarusian
Transcaucasia
ԱրմենիաՀայերենArmenianАҧсныАҧсышәалаAbkhazХуссар ИрыстонИронауОssetianსაქართველოქართულიGeorgianAzərbaycanАzərbaycancaAzerbaijani
Middle East
Sputnik عربيArabicArabicTürkiyeTürkçeTurkishSputnik ایرانPersianPersianSputnik افغانستانDariDari
Central Asia
ҚазақстанҚазақ тіліKazakhКыргызстанКыргызчаKyrgyzOʻzbekistonЎзбекчаUzbekТоҷикистонТоҷикӣTajik
East & Southeast Asia
Việt NamTiếng ViệtVietnamese日本日本語Japanese俄罗斯卫星通讯社中文（简体）Chinese (simplified)俄罗斯卫星通讯社中文（繁体）Chinese (traditional)
South America
BrasilPortuguêsPortuguese
NewsfeedBreaking
01:43 GMTIRGC Chief: Iran No Longer Sees US as Threat - Report
01:18 GMTChinese Covid Vaccines Reach 100 Nations, But WHO Warns Africa Still Short 470 Million Shots in 2021
01:04 GMTAwkward Moment as White House Staff Cuts Off Biden-Johnson Meeting in Mid-Sentence
00:20 GMTVideo: Military Jet Intercepts Small Aircraft Over NYC in the Middle of UN General Assembly
00:19 GMTPark Ranger ‘Implored’ Gabby Petito to Distance Herself From Toxic Relationship With Brian Laundrie
YesterdayVideos: 6.0 Earthquake Strikes Southeastern Australia
YesterdayPro-Reunification Candidate Chang Ya-chung Edges Ahead as Chairman Election in Taiwan’s KMT Nears
YesterdayTexas Governor Vows to Prevent Del Rio Migrant Surge Disaster From Being Replicated
YesterdayUber’s Business Model Faces Threat After Legal Setback Across Europe
YesterdayUS Lawsuit Challenges Alliance of 2 Airlines for Stifling Competition
YesterdayTaliban Say No Al-Qaeda Members Present in Afghanistan
YesterdayJoe Biden Faces Backlash Over Inept UN Speech
YesterdayUS Democrats Strike Down $1Bln in Israel Defense Aid to Keep US Govt Running, Reports Say
YesterdayPope Jokes ‘Some People Wanted Him Dead’ While He Was Undergoing Surgery, Reports Say
YesterdayNo American Dream for Haitians
YesterdayBoris Johnson Contradicts Joe Biden With Claim of Intelligence That Taliban Could Take Kabul
YesterdayPelosi Accuses GOP of ‘Trying to Force First-Ever US Default’ by Opposing Limit Suspension Bill
YesterdayFamily Lawyer Confirms Human Remains Found in Wyoming Belong to Gabby Petito
YesterdayFrench President Macron's Health Pass QR-Code Leaked to Internet - Reports
YesterdayThe US Space Force’s Oldest Adversary, Social Media, Roasts Their New Uniforms