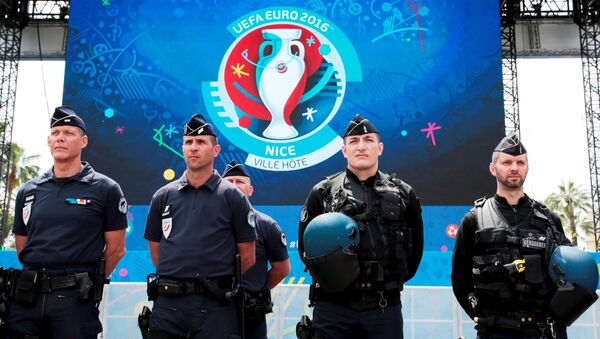 After another night of disorder in the northern French city of Lille on June 15 - the day before England play Wales - Sputnik has been told that the French police were largely to blame for clashes in Marseille last week involving English, French and Russian fans.

There were violent scenes of the streets of Marseille from June 9 in the run-up to the England-Russia Euro 2016 match in the city, on June 11. It was witnessed by Dr Geoff Pearson, Senior Lecturer in Criminal Law, University of Manchester, who specializes in football hooliganism and was employed at the Football Research Unit (FRU) at the University of Liverpool.

"A lot of it was predictable. There was a complete breakdown in crowd management by the Compagnies Républicaines de Sécurité (CRS) and the Police nationale in terms of managing the England fans. They don't engage in any of the good practice of football crown management that is actually set out in the EU handbook. That was always going to be high risk," Dr Pearson told Sputnik. 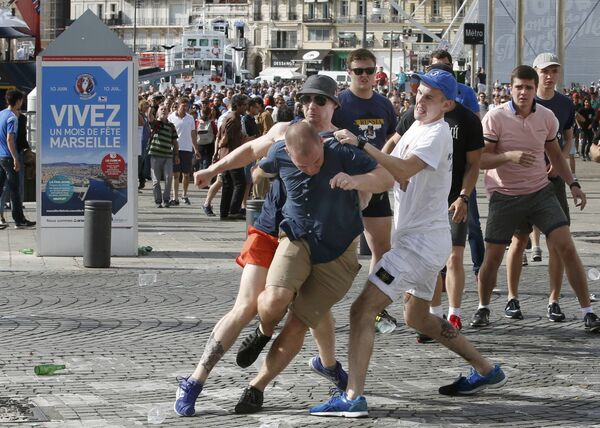 "All the set-piece confrontations between the French police and the English fans all started with provocation of the English fans, either by local hooligan groups in , or by — in one case — by the CRS themselves who took it upon themselves to march in front of the English fans after one night of rioting in a 'tortoise' formation, with shields above their heads. Until that moment, there hadn't been a single missile thrown." 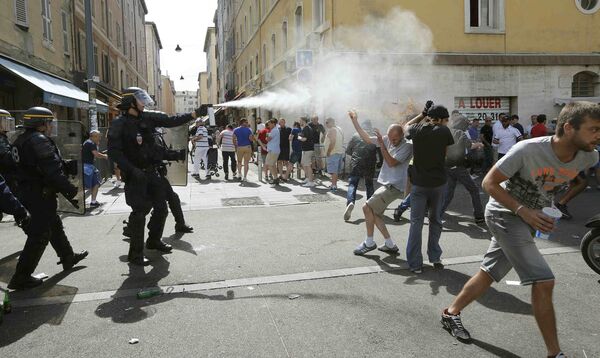 "The police response was always the same — to tear gas all the English — and other people around — it was indiscriminate. There was no attempt to deal with the very small number who were throwing bottles, no attempt to make any arrests, just overwhelming and indiscriminate force," he told Sputnik.

Dr Pearson said there had been 24 hours of civil unrest in Marseille between local "ultra" groups and the England fans before any Russian involvement.

"It wasn't like the Russians caused this disorder. It would have continued on the Saturday (June 11) without any Russian involvement," Dr Pearson told Sputnik.

Sputnik has learned that there were a number of Russian "firms" — small groups of active football hooligans — in Marseille ahead of the England-Russia game in the city, on June 11. These included: "Union" (who famously were involved in rioting in St. Petersburg in 2007), "School" (a small group of Spartak Moscow fanatics), the "Wild Boars" (active since 1998), the "Gladiators" (formed in 1996 and one of the oldest firms), "Yaroslavka" (the group of up to 200 supporting CSKA Moscow), "Einfach Jugend" (who also support CSKA) as well as Zenit St. Petersburg fan firms "Music Hall Main" and "Jolly Fellows." 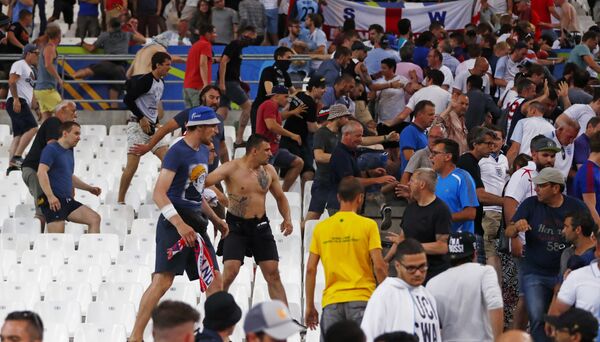 Dr Pearson told Sputnik that various groups of Russians "made an appearance when disorder was already taking place between the English fans and the police. I saw this group in action. There was a group of around 30 really hard-core Russians, wearing black with their faces covered."

"The fault entirely lies at the doors of the French. There was a failure of intelligence. The French failed to control their own ultra groups in Marseille. They were completely tactically outmaneuvered and out-thought by this group of people."