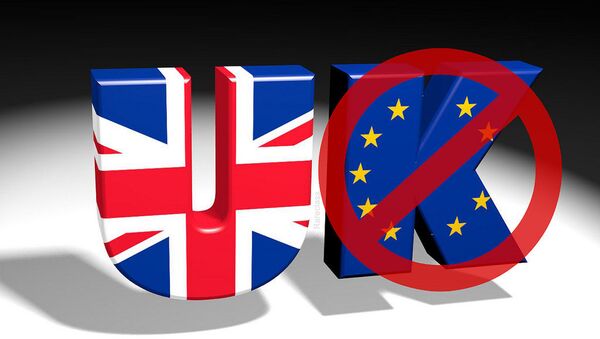 The British government is reportedly considering a last minute attempt to seek further concessions from the EU on the issue of border controls and freedom of movement, amid fears that immigration concerns could result in Britain voting to leave the EU.

There is increasingly speculation London may either look for further concessions ahead of next week's vote or make a statement of intent in regards to changing existing EU freedom of movement rules during the UK's EU Presidency next year.

A senior government figure told the Guardian: "If I said this was not being looked at, you would not believe me, given where we are in the polls."

Remain's last ditch(?) tactic seems to be to attack EU free movement, a central tenet of the EU and the Brexit campaigns' number one target.

​This change comes after Labour Deputy leader Tom Watson — who also supports EU membership — told the BBC it was "very likely" his party would want to reform the EU if elected in 2020, saying Labour would have to "listen to our voters" and address the issue of freedom of movement, in a major shift in policy.

Last-ditch free movement negotiations — that will mean sweet FA — pretty much nailed on. The con is still on. Be wary. #Brexit #VoteLeave

"With freedom of movement, it's one issue that's coming up on the doorstep. A future government — whether it be Labour or Conservative — has to hear what voters are telling them and if you look across the continent of Europe, voters are telling political elites the same thing."

​"So to me it's inevitable that whoever wins the next general election will have to make it their negotiating position when it comes to future European reform and David Cameron has the opportunity to do that as prime minister now if he makes it the priority for Britain's leadership of the presidency of the EU next year."

The turnaround in Labour policy comes as the referendum sits on a knife-edge, with recent polls suggesting support for a Brexit is growing among the general public, with the issue of immigration chief among the concerns of many ordinary Britons.

Wouldn't be surprised at some last ditch offer from the EU over immigration to head off Brexit.

While UK government officials are reportedly considering efforts to further change freedom of movement rules, they are likely to be rejected by the EU hierarchy and other EU member states, who were in engaged in difficult negotiations with London in order to grant the UK its existing concessions.

EU core policy is freedom of movement. Nothing else. If you wants a points based system it's #Brexit https://t.co/NC8yNo324r

​There are also concerns that such a last minute attempt to make changes on the issue of immigration would be seen as an act of desperation and not be considered credible by the British public.

​"While some in the 'In' campaign are desperately trying to hang on to the idea that Cameron's renegotiation could reduce immigration, senior Labour figures are openly admitting defeat on this issue — and calling for a change to the EU's obsession with freedom of movement," Labour MP and Brexit campaigner John Mann said.

"While it is welcome that they are finally admitting that uncontrolled migration is a problem, the truth is that they still have no solutions. If Cameron's 'renegotiation' told us one thing, it is that the EU will not move on this founding principle."