Russian Tennis Star Sharapova's Suspension Could Be Reduced to One Year 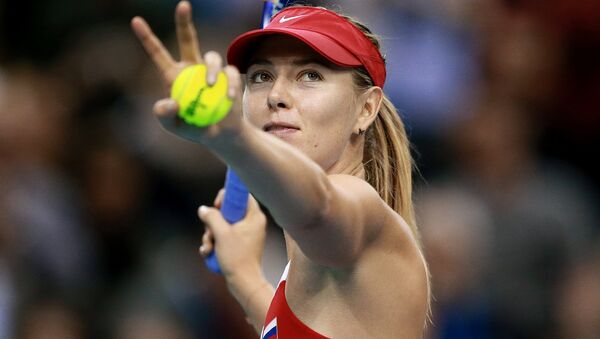 Maria Sharapova's suspension could be reduced to one year from the initial two, a source told R-SPort.

MOSCOW (Sputnik) — Russian tennis star Maria Sharapova, who was suspended for two years by the International Tennis Federation over the use of banned substance meldonium, could have her suspension reduced to one year by the Court of Arbitration for Sport, a source said Wednesday.

"Sharapova's suspension could be cut down to one year, and in this case she would still miss the Olympics," the source told R-Sport.