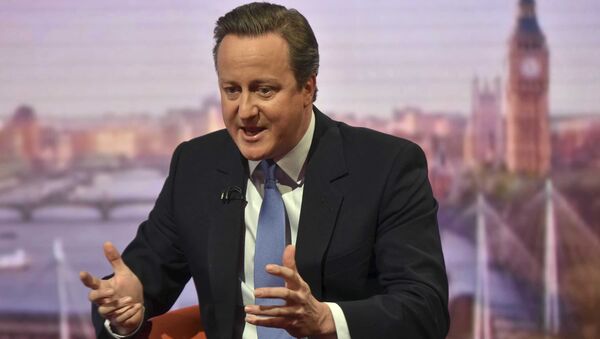 Addressing the parliament on Wednesday, British Prime Minister David Cameron urged to vote “Remain” during the upcoming referendum on membership of the European Union to avoid adopting the emergency budget.

Labour Leader Corbyn Vows to Oppose UK Post-Brexit Budget
MOSCOW (Sputnik) – Earlier in the day, Chancellor George Osborne said that a Brexit would result in cuts in public spending and increases in taxes to make up for a "black hole" of 30 billion pounds ($43 billion).

Cameron stressed that this would be avoided by voting to remain in the bloc on June 23.