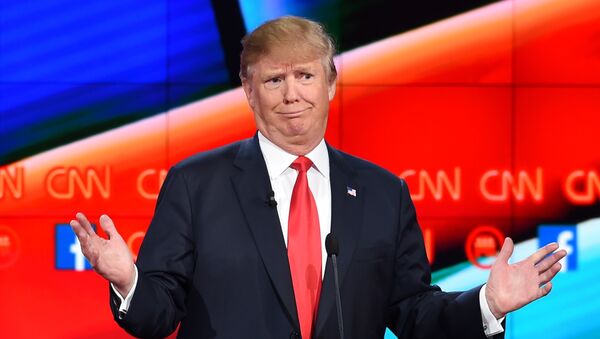 The presumed Republican nominee, Donald Trump, has declared that the 47-time Pulitzer-prize-winning newspaper The Washington Post is "phony and dishonest" and has revoked their credentials to cover his campaign.

Trump and Clinton Call for More Bombs in the Wake of Orlando Attack
Trump posted his pronouncement to Facebook on Monday, after the newspaper ran a story with a headline that he felt was unfair.

“Based on the incredibly inaccurate coverage and reporting of the record setting Trump campaign, we are hereby revoking the press credentials of the phony and dishonest Washington Post,” Trump posted.

The uproar was over a story titled, "Donald Trump suggests President Obama was involved with Orlando shooting," later changed by the Post.

"We changed the headline shortly after it posted to more properly reflect what Trump said," a Post spokeswoman told Newser. "We did so on our own; the Trump campaign never contacted us about it."

The Post is not the first outlet to be blacklisted by the candidate, others include Politico, Gawker, the Huffington Post, Univision, BuzzFeed, the Daily Beast, and the Des Moines Register.

"Donald Trump's decision to revoke the Washington Post's press credentials is nothing less than a repudiation of the role of a free and independent press," Post Executive Editor Martin Baron said in a statement.

"When coverage doesn't correspond to what the candidate wants it to be, then a news organization is banished. The Post will continue to cover Donald Trump as it has all along—honorably, honestly, accurately, energetically, and unflinchingly."

As many have pointed out, the banishing media the candidate disagrees with provides a revealing glimpse into the kind of press freedoms to be expected under a President Trump.