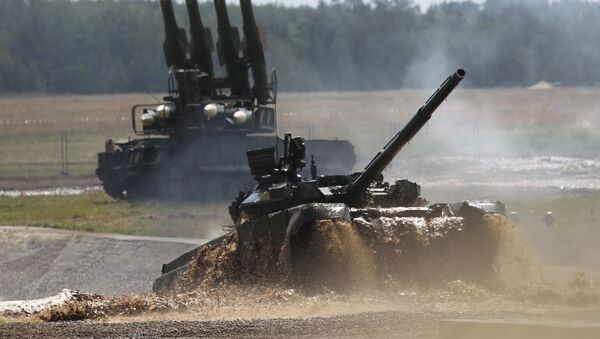 MOSCOW (Sputnik) — Russian President Vladimir Putin has ordered another unannounced inspection of Russia's Armed Forces, during which the state and readiness of military arsenals will be assessed, Defense Minister Sergei Shoigu said Tuesday.

"To assess combat and mobilization readiness, in accordance with a decision by the Supreme Commander of the Armed Forces, another unannounced inspection started today at 7 a.m. A number of weapon and equipment depots will be inspected, as well as certain military control points," Shoigu said.

According to Shoigu, it is necessary to check the troops' preparation to carry out tasks as intended in armed conflicts of varying intensity and crisis situations.

"It is necessary to pay special attention to mobilization component of the Armed Forces, as well as to the condition of the reserve units," Shoigu said.

The minister added that the inspection would last for eight days, until June 22.

According to Shoigu, the inspection will also assess how smoothly the army, local authorities and military enlistment offices can organize a field mobile command and control centers.

"Particular attention is paid to the organization of the operational staff for planning the use of troops in various types of crisis situations," the defense minister said.

The practice of having unannounced inspections of combat readiness was revived after Shoigu took the defense minister's office in 2012. In February, the Russian president ordered snap inspections of the country’s Central Military District. During the inspections, the troops were carrying out various drills to test their combat readiness. The checks also assessed the airborne forces' readiness for long-distance missions and landing in unfamiliar terrain.