Putin, Juncker to Discuss Issue of Uncontrolled Migration to EU at SPIEF 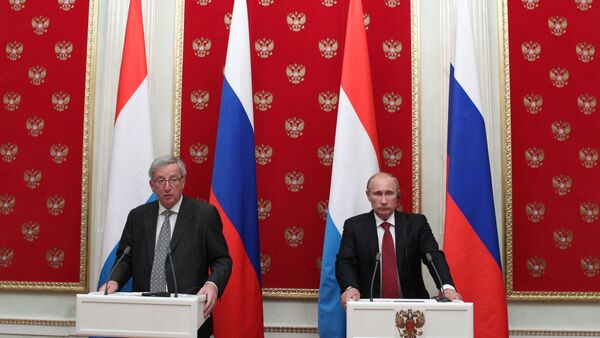 The Russian president will discuss with the EC president the issue of uncontrolled refugee inflows.

"It is supposed to consider the situation in Syria, Ukraine, and the situation with uncontrolled inflows of migrants from the Middle East and North Africa to the European Union," Ushakov said.

According to Ushakov, the sides are also due to pay specific attention to normalization of trade, economic and investment cooperation, as Russia is the fourth largest trade partner for the 28-nation bloc and maintains its leading positions among exporters of natural gas, oil and petroleum products to the European Union.