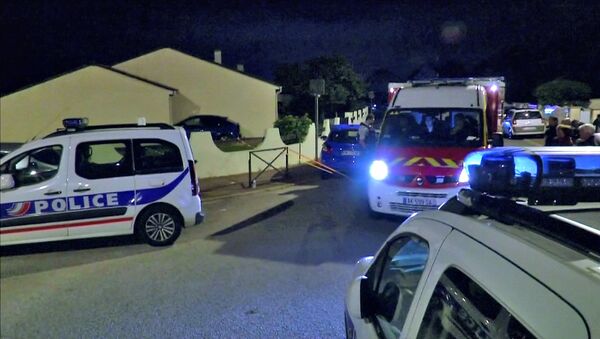 The killer of a Paris police officer and his wife had a "target list" of journalists and public figures, the Paris prosecutor said Tuesday.

Man Who Stabbed Policeman to Death in Paris Killed During Assault
MOSCOW (Sputnik) – On Monday evening, a man stabbed a 42-year-old police commander and took his wife and child hostage at their house in the Paris northwestern suburb of Magnanville. The wife was murdered, while the child was rescued. The murderer, identified as Larossi Abballa, was killed by riot police.

The investigators during a raid obtained "a list of targets mentioning persons or professions – rappers, journalists, police officers and public figures," Francois Molins said at a press conference as quoted by the France Info radio station.

According to Molins, three people have been detained as part of an investigation into the case.