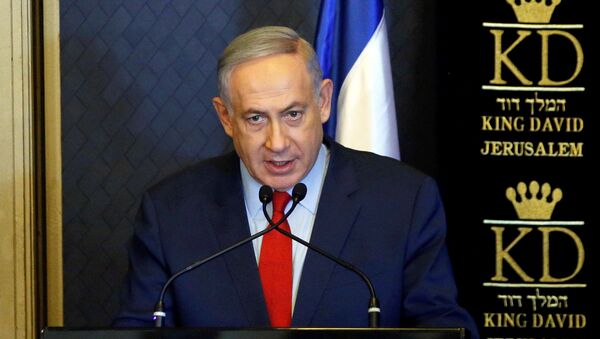 Orlando Shooting: US Should Follow in Israel's Footsteps to Prevent Attacks
TEL AVIV (Sputnik) — Netanyahu commemorated victims of terrorist attacks in Tel Aviv and Orlando launched over the last week as he discussed security issues with NATO member states ambassadors to Israel.

"Terror, the indiscriminate, systematic attack on innocent people, must always be confronted… The act is evil and is perpetrated by people with evil designs, and we, the people of the civilized world, have to band together to defeat it. We stand ready to help NATO in this collective struggle. We are prepared to share our intelligence and our experience to help in this common effort," Netanyahu said.

He added that working together NATO and Israel would faster crush the Islamic State, a jihadist group outlawed in Russia and many other countries worldwide.

Israel is a NATO partner through its membership of the Alliance's Mediterranean Dialogue, established in December 1994. In May, NATO gave its consent to Israel to send a permanent envoy to the NATO headquarters in Brussels