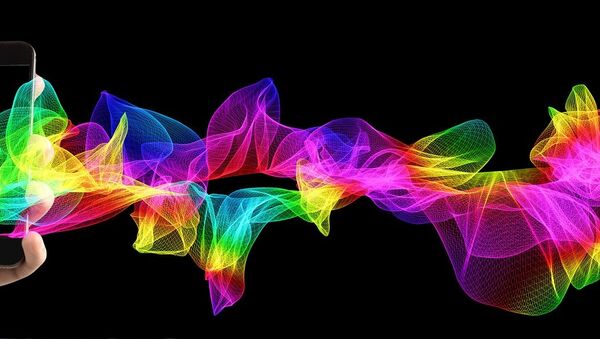 © Photo : Pixabay
Subscribe
Gone are the days when a smartphone just tracked your location using GPS technology because very soon, a device is coming onto the market that is so smart it can take you into the world of enable augmented reality.

The smartphone PHAB2 Pro, powered by Google's Tango technology has been unveiled by Lenovo at a recent tech conference in San Francisco. It costs US$499 and will be on sale from September 2016.

​For classroom students, it could mean they can place true-to-scale virtual dinosaurs in their classroom, gamers could play virtual dominoes on their kitchen table or fight back swarms of aliens, and virtual animal lovers could raise a digital pet thanks to the powers of the new AR Tango Tech.

When your virtual cat is reminding you to read his text message. Hahahaha. #cutie #virtualpet #cat #animalcuteness pic.twitter.com/nIKxzRkjNY

​According to Lenovo, "The PHAB2 Pro offers unprecedented experiences on a smartphone that will continually learn and improve.

"Put simply, we wanted to take what was an amazing concept and transform it into a commercially viable mobile device," said Jeff Meredith, vice president and general manager of Android and Chrome Computing, Lenovo.

"From the moment we saw Tango, we knew it could become pervasive, just like GPS. However, to truly make the PHAB2 Pro a game-changer, we developed it at an affordable price for mainstream consumers," Meredith said.

For homeowners, an app called Lowe's Vision can use the Tango technology to map rooms and offices to design and visualize what appliances and décor will look like and fit together in a room.

The @Lowes Vision App will have some amazing features for in store shopping. #LenovoTechWorld pic.twitter.com/BdpLLWrpyh

​However, while next generation smartphones along with all its AR capabilities and technologies are hailed as a "game changer," there are concerns over privacy controls.

"Tango could raise fresh concerns about privacy if controls aren't stringent enough to prevent the on-the-fly maps from being shared with unauthorized apps or heisted by hackers," warn Edgemedianetwork.