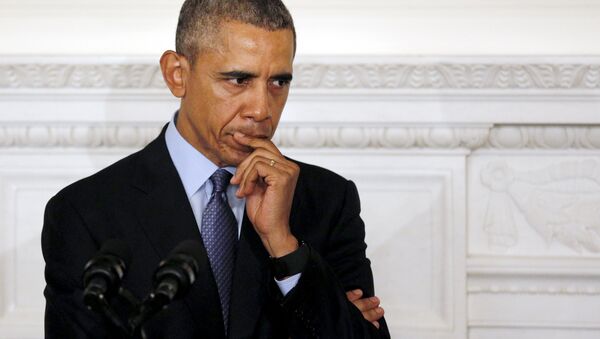 © REUTERS / Carlos Barria
Subscribe
International
India
Africa
US president Barack Obama delivers a statement from Washington on the mass shooting in the Pulse nightclub in Orlando, Florida in which 50 people were killed.

"We know enough to say this an act of terror, act of hate," Obama said.

This was "more than a nightclub. It was a place of solidarity and empowerment." — Obama #Orlando

​US President Barack Obama was informed on Sunday of the deadly shooting in the southeastern city of Orlando, and ordered the provision of federal assistance to the investigation into the incident, the White House said in a statement.

Obama: It's too easy to get a gun.

​The attack was conducted by US national Omar Saddiqui Mateen.