Fifty People Killed, 53 Injured in Deadliest Shooting in US History 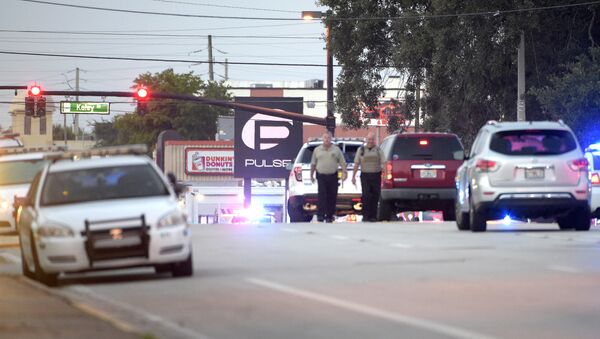 According to Orlando's mayor, 50 people were killed and at least 53 injured in the shooting.

A gunman went on a shooting spree at the Pulse gay club in Florida on Sunday. He was eventually shot by a SWAT team after taking people hostage.

​The process of removing the victims from the club still continues, according to the Orange county sheriff.

US southeastern state of Florida, as well as the city of Orlando announce state of emergency in connection with mass shooting in the nightclub, a local police department said.

The suspect behind the shooting has been identified as 29-year-old US citizen Omar Mateen, US media reported. The CBS network added that the FBI is currently checking whether he was linked to extremists.

The shooting was classified by police as an "act of domestic terrorism" and resulted in multiple casualties.

Shots were fired at the Pulse Club, in the early hours of Sunday, when there were over 100 people in the club. A message on the club's Facebook page read "Everyone get out of pulse and keep running." Simultaneously, reports started to emerge on social media about an attack at the club, and the shots being fired repetitively. The reports came both from the people who managed to escape quickly, as well as from those who happened to be locked inside the club.

​US President Barack Obama was informed on Sunday of the deadly shooting in the southeastern city of Orlando, and ordered the provision of federal assistance to the investigation into the incident, the White House said in a statement.