Ten Deadliest Shootings That Have Shaken America in Recent History 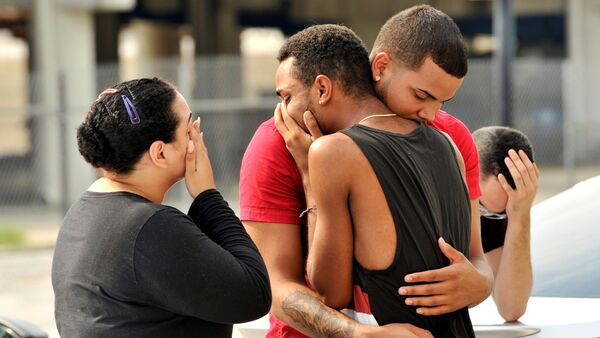 Sunday’s deadly nightclub shooting in Orlando, which left 50 people killed and at least 53 injured, has become the bloodiest massacre in the recent history of the US. Here is the list of the ten worst mass shootings which have recently shaken the country.

The massacre has become the deadliest in recent US history. 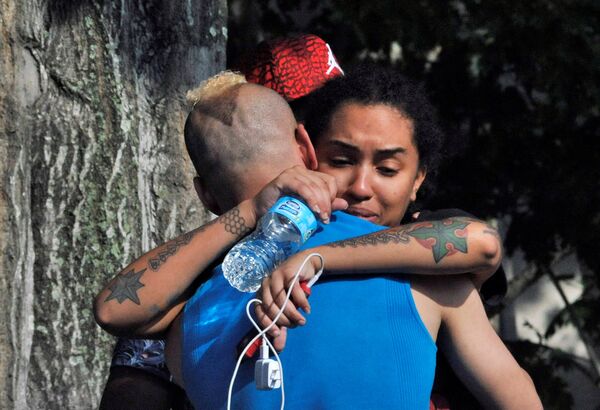 Friends and family members embrace outside the Orlando Police Headquarters during the investigation of a shooting at the Pulse nightclub, where people were killed by a gunman, in Orlando, Florida, U.S June 12, 2016
© REUTERS / Steve Nesius

The Virginia Tech Shooting, April 16, 2007: 23-year-old student Seung-Hui Cho, a senior at Virginia Tech, goes on a shooting spree on the campus of Virginia Polytechnic Institute and State University in Blacksburg, Virginia, killing 32 people and wounding 17 others in two separate attacks (another six people were injured escaping from classroom windows). 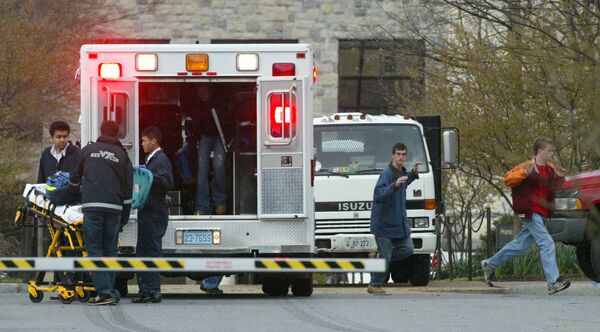 The attack is the second deadliest shooting incident by a single gunman in US history. It was the deadliest mass shooting in the US until the Orland nightclub massacre.

Prior to driving to the school, Lanza shot and killed his mother at their Newtown home. As first responders arrived at the scene, Lanza committed suicide by shooting himself in the head. 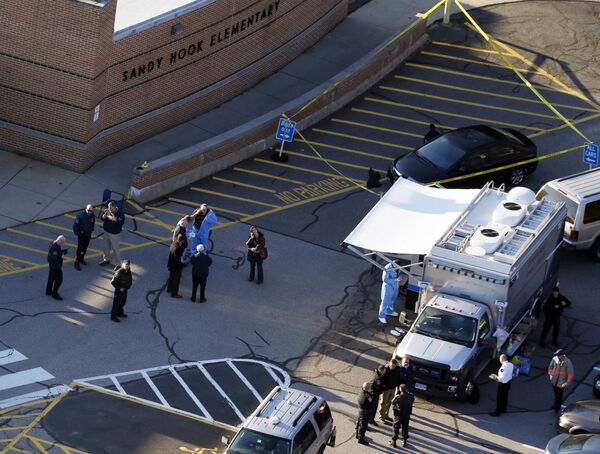 Officials are on the scene outside of Sandy Hook Elementary School in Newtown, Conn., where authorities say a gunman opened fire inside an elementary school in a shooting that left 27 people dead, including 20 children, Friday, Dec. 14, 2012
© AP Photo / Julio Cortez

The incident is the deadliest mass shooting at a high school or grade school in US history.

The Luby's shooting in Killeen, Texas, October 16, 1991: The perpetrator, George Hennard, crashes his pickup truck through the front of a Luby's Cafeteria. After exiting the truck he immediately shoots and kills 23 people, and wounds 27 others before shooting and killing himself. Police officers gather outside Luby's Cafeteria in Killeen, Texas, at the scene where a gunman killed 23 people including himself, with semi-automatic gunfire during lunchtime on Wednesday, Oct. 16, 1991
© AP Photo / Rick McFarland

The San Ysidro McDonald's massacre in the San Diego neighborhood of San Ysidro, July 18, 1984: 41-year-old James Huberty, shoots and kills 21 adults and children and injures 19 others at a local McDonald’s before being fatally shot by a SWAT team sniper. 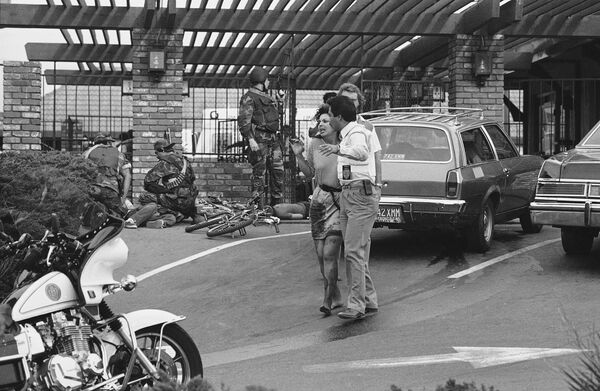 A bloodied victim is led away by police as SWAT officers assist the wounded at a McDonald's restaurant, July 18, 1984 in San Ysidro, California
© AP Photo / Lenny Ignelzi

The Inland Regional Center in San Bernardino, California, December 2, 2015: Syed Rizwan Farook and Tashfeen Malik, a married couple living in the city of Redlands, target a San Bernardino County Department of Public Health training event and holiday party, of about 80 employees, in a rented banquet room. 14 people were killed and 22 were seriously injured. 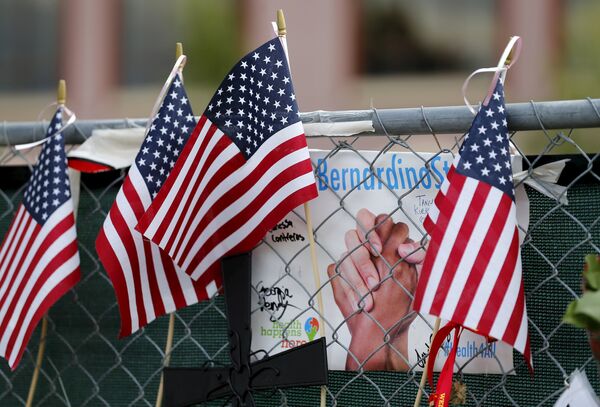 A memorial still remains outside as workers return to work for the first time at the Inland Regional Center (IRC) in San Bernardino, California, January 4, 2016.
© REUTERS / Mike Blake

After the shooting, the couple flees in a rented sport utility vehicle (SUV). Four hours later, police caught up with their vehicle, killing them in the resulting shootout.

The Edmond post office shooting in Edmond, Oklahoma, August 20, 1986: part-time mail carrier, Patrick Henry Sherrill, armed with three handguns, pursues and shoots twenty co-workers, killing 14 of them and injuring 6 in 10 minutes, and then taking his own life with a bullet to the head. 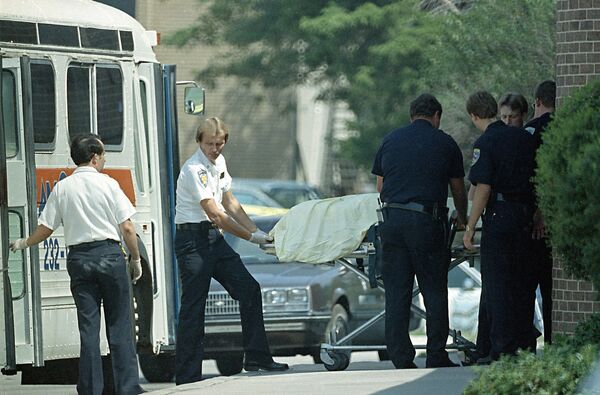 Members of the Edmond, Okla., police department and medical personnel remove one of those killed in a shooting spree Aug. 20, 1986 at the Edmond Post Office in Edmond, Okla.
© AP Photo / Steve Gooch

Fort Hood military base, near Killeen, Texas, November 5, 2009: Maj. Nidal Malik Hasan, a US Army major and psychiatrist, kills 13 people and injures 32 during a shooting rampage. He is convicted and sentenced to death. The shooting produced more casualties than any other on an American military base. 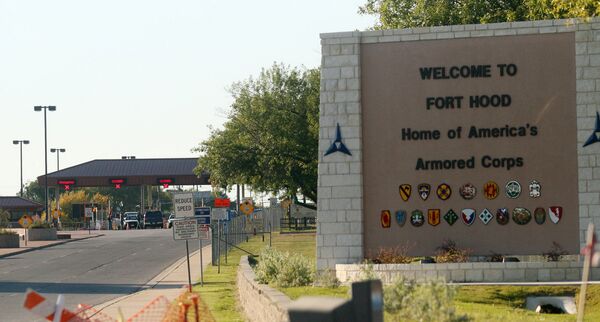 The Binghamton shootings, in Binghamton, New York April 3, 2009: Jiverly Wong, a naturalized American citizen from Vietnam, kills 13 people and injures four during a shooting at the American Civic Association immigration center. He then kills himself. 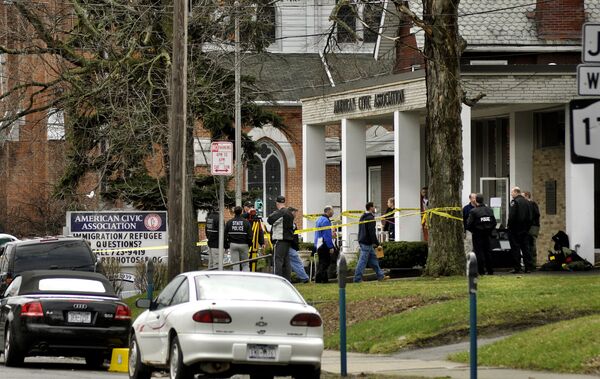 The Columbine High School massacre in Littleton, Colorado, April 20, 1999: 18-year-old Eric Harris and 17-year-old Dylan Klebold kill 12 fellow students and one teacher before committing suicide in the school library. They injured 21 additional people, and three more were injured while attempting to escape the school. 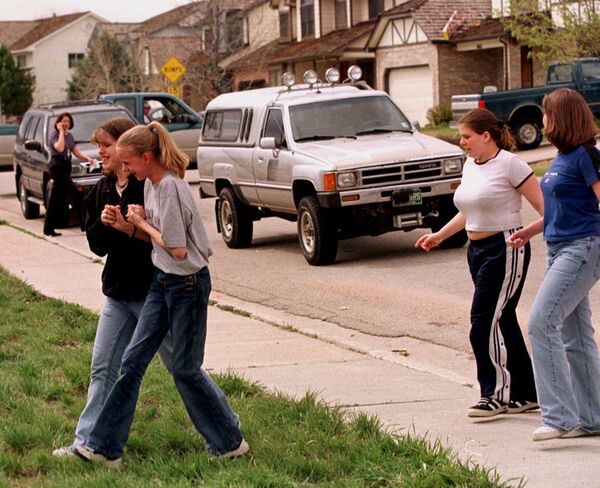 Students from Columbine High School are led away from the facility after two gunmen went on a shooting rampage Tuesday, April 20, 1999, in the southwest Denver suburb of Littleton, Colo.
© AP Photo / David Zalubowski
Newsfeed
0
Access to the chat has been blocked for violating the rules . You will be able to participate again through:∞. If you do not agree with the blocking, please use the feedback form
The discussion is closed. You can participate in the discussion within 24 hours after the publication of the article.
To participate in the discussion
log in or register
loader
Chats
Заголовок открываемого материала