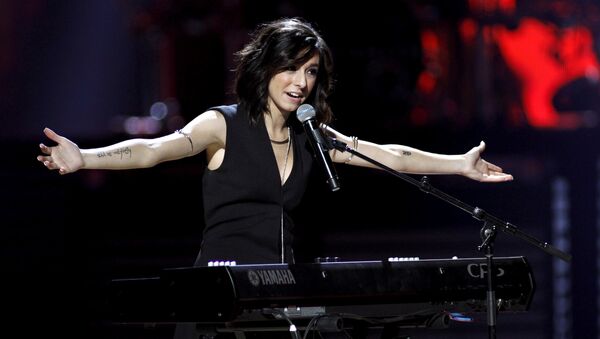 The police of the US city of Orlando have identified the murderer of US singer Christina Grimmie, who died from injuries on Saturday after being shot at a concert venue in Florida, the police said.

WASHINGTON, (Sputnik) — On Saturday, Grimmie was signing autographs after her performance at an Orlando venue when Loibl, armed with with two guns and a knife, attacked her. She was taken to a hospital in critical condition and later died. The shooter later killed himself, according to the police.

According to the police, Loibl came to Orlando from the city of St. Petersburg, located in the state of Florida.