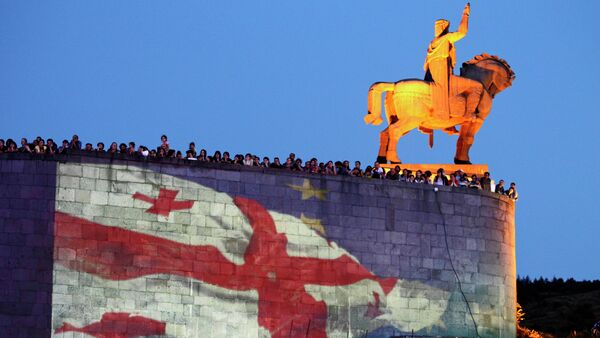 EU Council President Believes Georgia to Be Granted Visa-Free Regime Soon
TBILISI (Sputnik) — Any expectations that the decision on the EU-Georgia visa liberalization will be made at the EU interior ministers' Friday meeting are premature, the Georgian parliament speaker said.

In March, the European Commission proposed to the EU Council and the European Parliament to lift visa obligations for the citizens of Georgia. However, no decision on the issue has been approved by either of the EU bodies so far.

"Our meetings with members of the parliament and other influential people once again assure us that we are dealing with the postponing of the process and not with other worse circumstance. Thus, it is all about to be decided soon… The [Georgian] prime minister will arrive in Germany very soon and, probably, more specific dates and a format of decisions will become known," David Usupashvili, who is currently on an official visit to Germany, stressed.

In December 2015, the European Commission gave a positive assessment confirming that Tbilisi met all the necessary criteria in line with the Visa Liberalization Action Plan.

On June 2, Georgian authorities voiced their confidence that the country would get visa-free status before the parliamentary elections slated for early October.