On South Sudanese Child Soldiers, Clinton Lands on Both Sides of the Issue 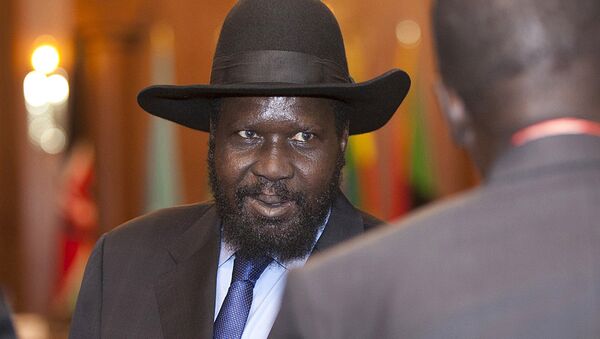 In 2011, Hillary Clinton said she wanted, “the opportunity to make it possible for [South Sudan’s] children to envision a different future” by abolishing child soldiers in the newly-formed country. At the time, she was helping to facilitate the deaths of children for the sake of oil extraction.

Three years prior, the Child Soldiers Prevention Act (CSPA) was passed, drafted to halt aid to nations that used child soldiers. But since South Sudan had not seceded at the time the act was passed, the country was technically not subject to the rules, resulting in a waiver for the country signed by President Obama.

The waiver read, in part:

Representative Jeff Fortenberry (R-NE), who authored the CSPA, criticized the President’s actions."The unthinkable practice of the use of children as soldiers continues in the world today,” he said in a statement. "The United States must not be complicit in this practice. The announcement of waivers for countries should only be for carefully discerned prudential reasons to help force countries away from this pernicious practice. The intent of the law is clear — the waiver authority should be used as a mechanism for reform, not as a way of continuing the status quo."

The White House caught most of the flack, but in reality the waiver was drafted by the State Department, headed at the time by then-Secretary of State Clinton, and was approved by her before continuing to the President’s desk.

"It’s the State Department that gives the recommendations to Obama on who he should waive," said Jo Becker, advocacy director of the Human Rights Watch children’s rights division.

"We will have already drafted the letter from the President to Congress that says what waivers he’s going to invoke," said Daniel Mahanty, who served under Clinton in the Bureau of Democracy, Human Rights, and Labor, "So it goes up to the secretary (of state), then over to the White House, and from the White House out to the public."

At the 2011 conference, attended by South Sudanese President Salva Kiir Mayardit, Clinton said, "We have a chance to raise up the first generation of South Sudanese who have not known and, God willing, never will know war."

Nate Haken of the Fund For Peace says Clinton’s involvement in the continued training of South Sudanese child soldiers make her words hollow, "The U.S. seems to make the same kind of mistake again and again," he said, "We catalyze major change without understanding, or at least grappling with, the long-term implications — whether it’s Iraq or Libya or whether it’s South Sudan. We definitely need to do better."